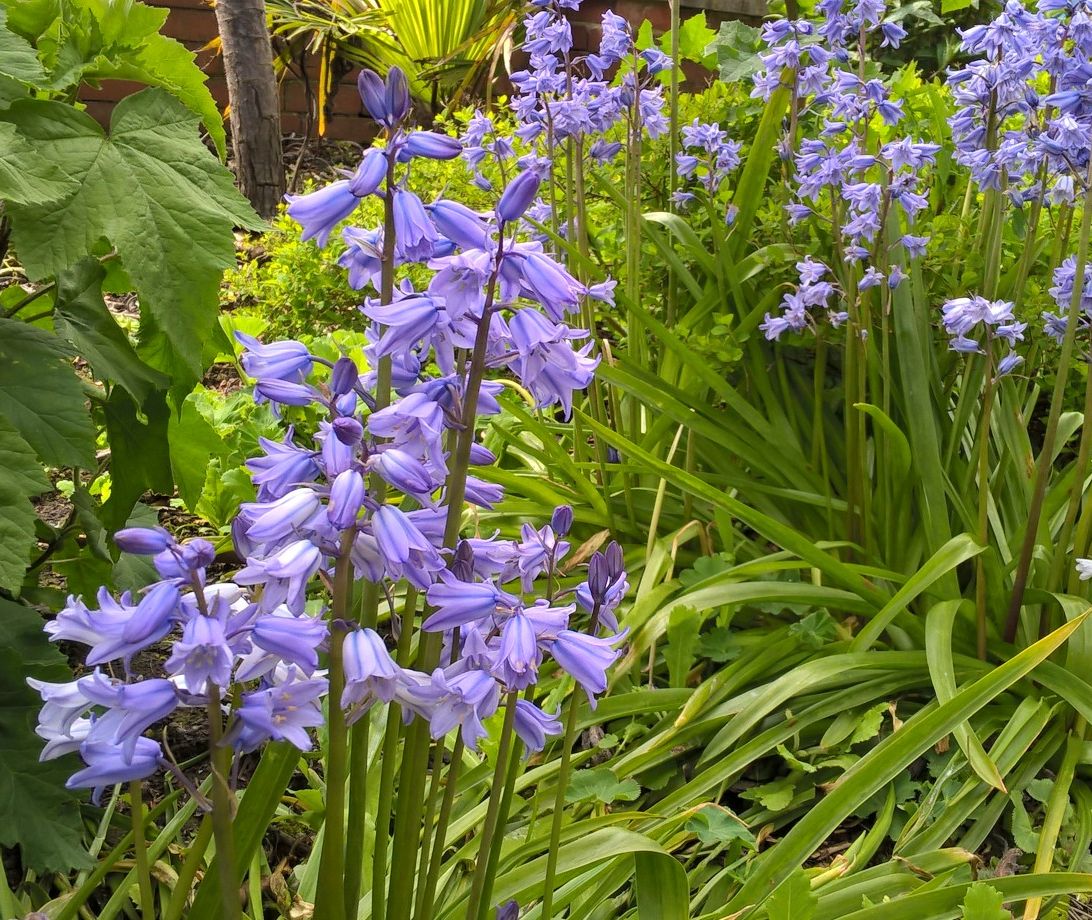 One of the greatest pleasures of spring in England is watching life returning over weeks or even months, beginning in gardens and parks with the blooming of snowdrops, moving on to daffodils, apple blossom and bluebells, to the mighty trees, the oak being one of the last to unfold its leaves. Not so this year, 2018, when after a particularly long, cold and wet winter everything is happening in a rush. Some years daffodils are long gone before Shakespeare’s birthday but this year they were at their peak, and now even the oaks are coming into leaf.

We can’t know a lot about Shakespeare’s preferences in many matters, but we can be sure that he was very interested in plants and gardens, his plays showing a familiarity that he didn’t get just from books. He was a close observer of weather, and of the seasons as they changed. Spring was his favourite time of year, associated by him with the human emotions of love and joy.

In As You Like It, Rosalind makes the connection “Men are April when they woo, December when they wed: maids are May when they are maids, but the sky changes when they are wives”.  And in Much Ado About Nothing Benedick compares Beatrice with Hero: she “exceeds her as much in beauty/ As the first of May doth the last of December”.

Radio 4’s Today programme on Thurs 3 May came, as it happens, from Kew Gardens and I caught the last section where it was asserted that the herb rosemary has been scientifically proved to help those with memory loss and is sometimes taken into care homes for the elderly. This would be no surprise to anyone of Shakespeare’s period. Herbals not only describe plants but include sections in which their medicinal uses are explained. The Friar in Romeo and Juliet is first seen gathering medicinal herbs and Ophelia’s reminder that rosemary is for remembrance can now be seen as more than just symbolic. 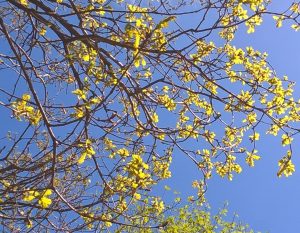 Leaves unfurling against a blue sky

Shakespeare takes the comparison further, comparing the husbandry of a gardener to the failures of King Richard II that led to his deposition.

We at time of year
Do wound the bark, the skin of our fruit-trees,
Lest, being over-proud in sap and blood,
With too much riches it confound itself:
Had he done so to great and growing men,
They might have lived to bear and he to taste
Their fruits of duty: superfluous branches
We lop away, that bearing boughs may live:
Had he done so, himself had borne the crown,
Which waste of idle hours hath quite thrown down.

It’s appropriate that the next meeting of Stratford’s Shakespeare Club, on Tuesday 8 May, will be a talk by Glyn Jones, the Head of Gardens for the Shakespeare Birthplace Trust. His role is to help visitors “gain a greater understanding of Shakespeare’s life and works through both period and contemporary horticulture”, and he will be explaining what is planned for the five gardens associated with Shakespeare’s life. 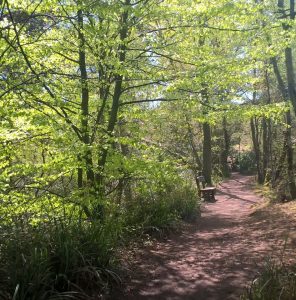 A peaceful place for contemplation

The gardens surrounding the Shakespeare houses could be designed in many different ways. They could be made into settings in which the houses look beautiful, perhaps in the style of the quintessentially English cottage garden. They could be “authentic”, growing only plants that were known to Shakespeare, using methods practiced at the time and favouring wildlife. They could even bring to life a landscape from one of the plays, such as Olivia’s garden in Twelfth Night or the forest in A Midsummer Night’s Dream.  Or they could be places in which contemplation and calm enjoyment are encouraged. The Radio 4 Today programme again noted that gardens and outdoor spaces are now being valued as therapeutic in their own right. Shakespeare would certainly have recognised the idea. At the end of the late play Henry VIII he conjures up a rosy vision of life under Elizabeth 1 using the image of a garden:

In her days every man shall eat in safety,
Under his own vine, what he plants; and sing
The merry songs of peace to all his neighbours.