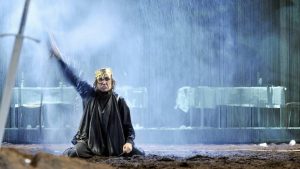 It’s spring 2020 and many of us are confined to home in social isolation during the Coronavirus pandemic. With theatres, museums, galleries and cinemas closed, cultural organisations have been quick to announce initiatives to keep people entertained and educated. I’m putting together some links to online offers that Shakespeare-enthusiasts might enjoy, beginning now with theatre productions that can be watched on our computers.

It’s become routine for these to be live-streamed to cinemas, then available either on DVD or to watch on demand by subscription. The difference now is that many companies are making their productions free. While some come from the most obvious sources a few are more obscure. I hope you will enjoy sampling some productions you would never normally think of watching. Some have been very recently announced and details have not yet been finalised so do keep watching the websites for more information.

Coming up imminently are two offerings from the Schaubuehne in Berlin. Their productions are unlikely to have been seen by those off us in the UK so this is a great opportunity to discover something new. They are streaming Hamlet on Wednesday 1 April, and Richard III on Friday 3 April. Both are in German with English subtitles. There’s an explanation in Time Out.

You’re more likely to be familiar with Cheek by Jowl. Some of their productions, along with output from other arts organisations, are made available on The Space. At the moment Cheek By Jowl’s production of The Winter’s Tale is available free (as is incidentally Emma Rice’s Wise Children). There’s also a link to it on YouTube here. 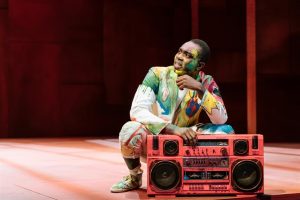 The Royal Shakespeare Company is offering a month’s free trial of Marquee TV, allowing access to all their content. Details have to be handed over but no money will be taken until the month is up. According to the RSC’s website, RSC members will be able to access this offer for three months. 17 Shakespeare plays are available including comedies Love’s Labour’s Lost, The Tempest, Richard II and the Henry IV plays.

Some of the same productions are available as part of the BBC’s virtual festival of the arts Culture in Quarantine. Details aren’t available yet but six recent titles will be available: Hamlet, Macbeth, Romeo and Juliet, The Merchant of Venice, Much Ado About Nothing and Othello. 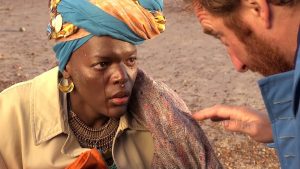 From 6 April Shakespeare’s Globe is also to stream six of its productions, each viewable for two weeks in turn. Plays will include Hamlet, Romeo and Juliet, A Midsummer Night’s Dream and The Merry Wives of Windsor. The announcement is here but details have not yet been finalised.

Another one you might not have heard of, but which should be worth watching is a special one-hour edit of a 2018 film version of Twelfth Night from Shanty Productions. Sheila Atim won an award for her performance, and the full film is only normally available on Amazon Prime. The link to YouTube will I believe function when the play is being streamed on a loop 12-6pm GMT every Wednesday evening during the Coronavirus lockdown.

One Response to Live streaming Shakespeare during lockdown