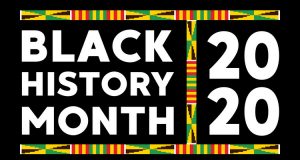 October is Black History Month, and this year, 2020, the Black Lives Matter movement has raised awareness of issues relating to race in both the UK and USA.  Although it was founded in 2013 Black Lives Matter protests began in earnest after the death in May 2020 of George Floyd at the hands of white police officers.

Race is proving to be a major factor in the build up to the US presidential election in early November, and here in the UK racism is constantly an issue, often linked to social deprivation and poverty. Much attention has focused on our colonial past, particularly slavery: one of the highest-profile events ended with the throwing of a statue of a Bristol slave trader into the river. 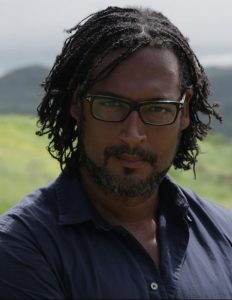 David Olusoga specialises in the long history of the relationships between Britain and the  people of Africa and the Caribbean. His book Black and British: A forgotten history, published in 2016,  traces the evidence that there have been black people in this country back to Roman times, including some quite well documented from the Tudor period. Africans, who probably reached this country via Portugal, worked at the courts of both Henry VIII and Elizabeth 1 and Shakespeare was familiar enough with them to include them in his plays, most obviously Othello. Olusoga writes about the complexities and contradictions within English attitudes and belief. It is, he says, “impossible to get a full sense of how he or his audiences at the Globe regarded the black Africans about whom they had read, or the black people they now encountered in the capital”. He warns against looking at Shakespeare “through the optic of the forms of racism and racial thinking“ that emerged after his time. There was no organised slave trade until later in the seventeenth century and “the word race did not mean to Shakespeare and his contemporaries what it means to us”. The colour black had symbolised evil and the devil since medieval times, just as Queen Elizabeth’s white skin was a symbol of purity, virtue and virginity, rather than race. And in spite of contradictions, what is notable is  ”the depth of Shakespeare’s apparent empathy for Othello even as he destroys that which he loves”.

There is just time to hear David Olusoga at Sheffield University’s Off the Shelf Festival on 29 October. The subject of the discussion is Black History in the age of Black Lives Matter. 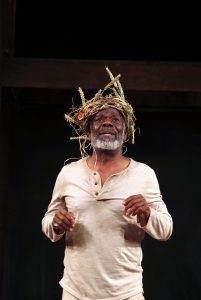 The role of Othello and other black characters such as Aaron in Titus Andronicus, are now normally played by black actors, though for most of their history these roles have been played by white actors “blacking up”. The history of black actors performing Shakespeare is one of the most interesting, and has been made much easier by the work of Dr Jami Rogers for the AHRC project Multi-Cultural Shakespeare at the University of Warwick. She collected and input the data for the British Black and Asian Shakespeare Performance Database  that covers 1288 UK productions from 1930 onwards including black and Asian actors. While the number of actors involved sounds impressive there is still a long way to go and for Black History Month she has published a post on Shakespeare’s Globe site, Pioneers and the Glass Ceiling examining the careers of Rudolph Walker and Joseph Marcell.

Shakespeare’s Globe have also published another blog post to coincide with Black History Month, a piece entitled Pleasure and Pain in black Shakespearean Performance History written by Vanessa Corredera on the history of the first black theatre group, the African Company, founded in New York in 1821. Shakespeare was always important to them. The first play they staged was Richard III, followed by King Lear, Romeo and Juliet and Othello. It was the place where the young Ira Aldridge learned how to act before forging his successful career in Europe.

This link will take you to my post about Ira Aldridge, written a few years ago now.

I’ve also written a number of posts for Black History Month that you can find by using the search box on the right of your screen.