The end of “churlish winter’s tyranny”: February in Shakespeare’s Stratford 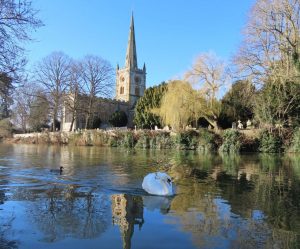 A swan on the Avon by Shakespeare’s church

Not many people are sorry to see the end of February, and with it the end of meteorological winter. If we’re lucky it’s also the end of what Shakespeare called “churlish winter’s tyranny”. In Much Ado About Nothing, Benedick is accused of having “a February face, So full of frost, of storm and cloudiness”. While most of the month may have been like that, the last few days have been bright, warm and sunny.

I actually love this time of year. Those first flowers, after weeks of barren ground, are so much more appreciated than summer flowers. Here in Stratford we have snowdrops, daffodils and crocuses in full bloom. Birds are singing, and on the river, swans are beginning their mating rituals, the males aggressively chasing away their rivals. 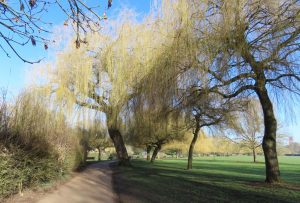 Willows by the Avon

It’s the sense of anticipation I really enjoy: buds swelling and beginning to burst, early blossom on bare-twigged bushes, and, down by the Avon, the haze of gold as the willow trees come into leaf. It’s like hearing the orchestra tuning up before a concert, or the hum of conversation subsiding as the lights go down in a theatre before the performance begins. It’s also the uncertainty, as so frequently commented on by Shakespeare. Buds, symbols of purity and hope, are often blighted by canker or cold. So in Henry IV Part 2,

In an early spring
We see th’appearing buds; which to prove fruit
Hope gives not so much warrant, as despair
That frosts will bite them. 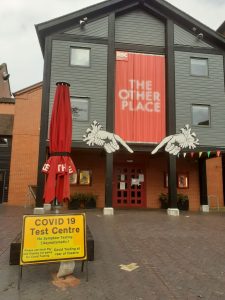 The Other Place February 2021

There’s also sadness. During the winter, we can see the intricate shapes of the trees, their bare branches and bark. It’s the only time we’re really aware of the complexity of their structure. Just now, they’re enjoying a rare bit of sunshine that casts shadows showing off the beauty soon to be concealed by leaves.

I’m lucky to be able to enjoy Stratford-upon-Avon all year round, even during lockdown. Most people are not so fortunate, and I know many are missing visiting the town so I’m posting a few photographs taken within the last week. These include a reminder that, with all the theatres and Shakespeare properties closed, the only people accessing The Other Place are those going for a Covid test.  But hopefully not for too much longer. 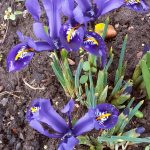 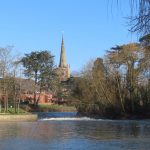 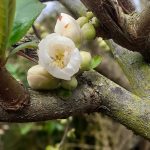 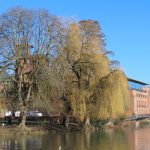 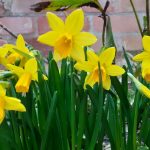 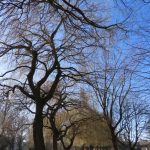 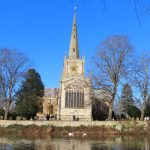 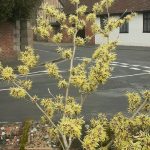 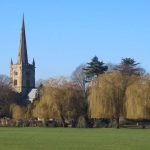 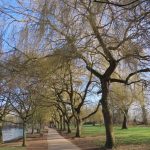 This entry was posted in Stratford-upon-Avon and tagged Covid-19, February, spring, The Other Place, winter. Bookmark the permalink.