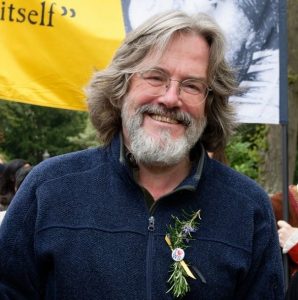 The day before Shakespeare’s Birthday, 22 April 2022, Gregory Doran announced that he was standing down from his post as Artistic Director of the Royal Shakespeare Company. He’s held it for 10 years, a period of political unrest with issues like Black Lives Matter, of national change with Brexit, of worldwide chaos due to the Covid Pandemic which has hit theatres particularly hard, and of personal tragedy with the illness and death of his husband Sir Antony Sher in 2021.

The search for a replacement has already begun, but Doran will be a difficult person to replace. His relationship with the RSC goes back to the 1980s and his knowledge of all things Shakespeare is well-known, often being called on to discuss almost any Shakespeare-related issue. He was interviewed on the BBC Radio 4 Today programme on 6 May. Here is the link: the interview begins at 2hrs44 mins 50 secs and lasts about 6 minutes. He described the leaving of the RSC as a wrench, but said it was also the right time. Keeping the Company functioning during the last couple of years has obviously been extremely challenging, but you can still hear in his voice his enthusiasm for Shakespeare and the excitement of directing his forthcoming production of Richard III. All they can do is “With our hearts and minds [to] experience the play new”. The production comes as Vladimir Putin’s Russia continues to invade its neighbouring country Ukraine. “You don’t have to make Shakespeare relevant. He just is”.

For the first time at the RSC a disabled actor, Arthur Hughes, will play the title role in his RSC debut. Talking about his late husband Antony Sher, Doran commented that “doing Richard III which has his fingerprints all over it is a great privilege and a pleasure”. Performing this role cemented Antony Sher’s reputation as a great Shakespearean actor and led the way to him playing many leading roles including Macbeth, Prospero, Iago, Falstaff and King Lear, often directed by Doran. They created an extraordinarily successful partnership, both personal and professional. Doran is not completely severing ties to the Company, remaining Emeritus Director, and taking part in celebrations of the 400th anniversary of the publication of Shakespeare’s First Folio in 2023. 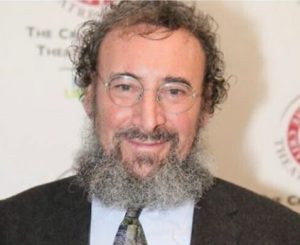 It’s not too late to sign up to a free online event taking place from 14.15 on Monday 16 May 2022 that will celebrate Sir Antony Sher’s life and many achievements. The Equality Festival, organised by the Shakespeare Institute in Stratford-upon-Avon begins with Sher’s Shakespeare. It was recently announced that Gregory Doran will take part as part of a panel including Dame Harriet Walter, Amanda Harris and Alexandra Gilbreath.

Other speakers during the afternoon include Sir Stanley Wells, Professor Carol Rutter, Professor Russell Jackson and Professor Sir Jonathan Bate, and the Festival will go on until 15 June. It is free to register to take part in the virtual session, and here is the link.