A statue for Aphra Behn in Canterbury 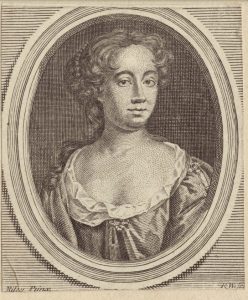 The city of Canterbury has many literary connections. It’s the end-point for Chaucer’s pilgrims in The Canterbury Tales, the setting for the murder of Thomas a Becket as dramatized by TS Eliot in Murder in the Cathedral, and the birthplace of Shakespeare’s contemporary writer, Christopher Marlowe.  Aphra Behn’s connection is much less well-known, but see this post for information about her. Born in Canterbury, she was the first professional writer in the English language, and it’s great news that she is to be commemorated with a full-size statue.

There are already statues highlighting the city’s literary heritage. In 2016 a statue of Geoffrey Chaucer was unveiled. It shows Chaucer, tired at the end of his pilgrimage, on a circular plinth depicting some of his pilgrims. Christopher Marlowe’s statue was dedicated in the late nineteenth century and currently stands near the Marlowe Theatre in Canterbury. At the time the portrait now generally  accepted as Marlowe had not been identified, so the statue depicts not him but a female figure, the Muse of Poetry. This semi-naked figure is familiarly known as Kitty and characters from his plays are beneath.

Fortunately Aphra Behn’s appearance is known. She was painted by court painter Sir Peter Lely in the 1670s when she was a famous writer, and many engravings were published based on the painting. She died at the relatively young age of 49, in 1689, and such was her renown that she was buried in Westminster Abbey. After that time, though, she was largely forgotten and it’s only relatively recently that her plays have been widely performed  and studied and her reputation as a trailblazer for women re-established. It was only a few years before she started writing, in the 1660s and 1670s, that women were allowed to act on public stages, and women would have enjoyed playing the vibrant roles that she wrote for them. In The Rover, her most famous play, the clever, inventive women run rings around the men.

The Canterbury Commemoration Society is responsible for organising the new statue of Aphra. They have held a competition to design it and have whittled the entries down to a shortlist of four. The maquettes have been on a little tour and on 27 and 28 June they were on display in the Royal Shakespeare Theatre in Stratford. It was a great opportunity to see them and vote on a favourite, but of course all the information, including videos of each maquette and the artist’s comments on their work, are available online. If you have read or seen any of Aphra Behn’s work, and loved it, do vote for the statue you would like to see represent her in the city of her birth. 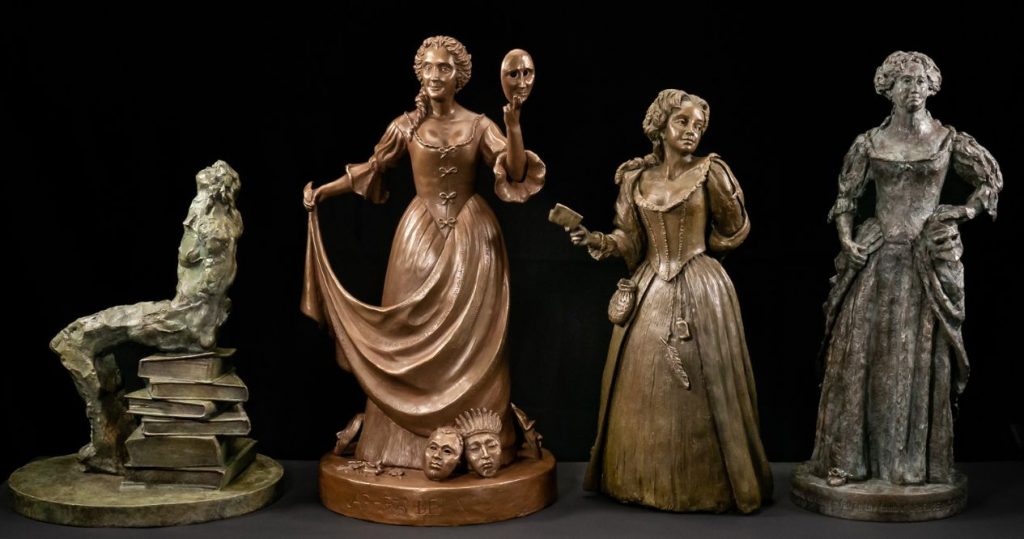 The maquettes of Aphra Behn

A fundraising dinner is also being held in Canterbury on 16 July 2022. Speakers will include actor Alexandra Gilbreath who starred in the RSC’s most recent production of The Rover, academic and poet Charlotte Cornell, and theatre director Matthew Townshend. In a special auction, the maquettes themselves will be sold off. But most importantly, get voting!