A sad farewell to Peter Brook 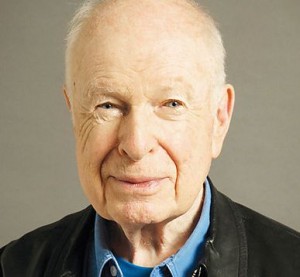 The death at the age of 97 of the great theatre director Peter Brook has been announced today, 3 July 2022. He burst on the theatre scene at the age of 20 in 1946, coming from the Birmingham Repertory Theatre to direct Shakespeare at Stratford-upon-Avon. His production of A Midsummer Night’s Dream for the Royal Shakespeare Company in 1970 changed Shakespeare onstage for ever.

There’ll be no shortage of tributes to him  but here are a few links from The Shakespeare blog looking at different aspects of his work. Lots of links are included to talks, videos and websites and I haven’t had a chance to check if they still work so apologies if you find a link leads nowhere.

This one reports on a symposium I attended in 2015 at the Victoria and Albert Museum, attended by Brook himself.

Here is an examination of his 1955 production of Titus Andronicus starring Laurence Olivier and Vivien Leigh, that proved that this bloodthirsty play was not unstageable, and was in fact worthy of its place in the repertoire.

In it he showed he never lost his admiration for the work of Shakespeare: “The uniqueness of Shakespeare is that while each production is obliged to find its own shapes and forms, the written words do not belong to the past. They are sources that can create and inhabit ever new forms… There is no limit to what we can find in Shakespeare”.

This entry was posted in Legacy, Shakespeare on Stage and tagged Peter Brook, Royal Shakespeare Company. Bookmark the permalink.

One Response to A sad farewell to Peter Brook