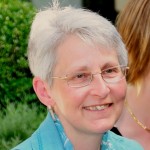 I love Shakespeare. For over thirty years I worked just yards from where he was born in Stratford-upon-Avon, caring for one of the most important library and archive collections devoted to his writings in the world. During that time I’ve found the answers to endless enquiries and talked to thousands of people about his life, his works and their performance. I’ve met many people for whom Shakespeare is still very much alive.

My connection with Shakespeare, though, goes much deeper than this. My father was born just opposite the Swan Theatre, attended Shakespeare’s school and won the gold Shakespeare medal awarded by the famous novelist Marie Corelli who lived nearby. It is to him I owe my early introduction to Shakespeare – in his spare time he lectured on Shakespeare’s life and regularly took me to the theatre.

His father was sub-sacristan at Holy Trinity Church where Shakespeare was baptised and buried, and where his family are also interred. He often showed important people around the church, including the famous actresses Sarah Bernhardt and Ellen Terry. Later he worked as the guide at Shakespeare’s Birthplace.

So I have Shakespeare in my DNA, but why am I writing a blog? People all round the world also love Shakespeare and his position as a cultural icon is unrivalled. He still has much to say to us today in spite of all the changes of the past four centuries. His ability to express the deepest of human emotions in words has never been equalled, and his phrases have passed into the English language.

Stratford’s place in his story is unique. It is the place where he was born, where he chose to retire, and where he is buried. The cult of Shakespeare began here, and still flourishes. The town and surrounding areas hold many of the keys to helping us understand Shakespeare’s work. Visitors and pilgrims from all round the world visit the town, but they rarely have the time to immerse themselves in the details that make it so special. His plays have been performed here by one of the world’s greatest theatre companies, the Royal Shakespeare Company and their predecessors, since 1879.

In this blog I’m hoping to explore his world, his writing and the music, art, literature and performances which he’s inspired, and to get contributions from specialists in their own areas. Come along with me as I walk in Shakespeare’s footsteps.