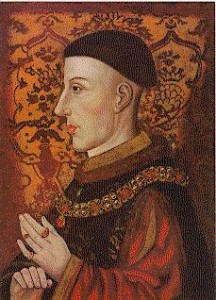 31 August is the anniversary of the death of that “star of England”, King Henry V. He died in France, where he had been on a military campaign to capture more of the country, in 1422 aged only 35.

If you haven’t seen Henry VI Part 1 you might not be aware that this play begins with the funeral of Henry V in Westminster Abbey.  The Dukes of Bedford and Gloucester seem to be trying to outdo each other in their praise:

Bedford
Hung be the heavens with black, yield day to night!
Comets, importing change of times and states,
Brandish your crystal tresses in the sky,
And with them scourge the bad revolting stars
That have consented unto Henry’s death…
Gloucester
England ne’er had a king until his time:
Virtue he had, deserving to command;
His brandish’d sword did blind men with his beams;
His arms spread wider than a dragon’s wings;
His sparkling eyes, replete with wrathful fire,
More dazzled and drove back his enemies
Than midday sun fierce bent against their faces.

This rare clip is from the English Shakespeare Company’s production, to my taste rather underplayed.
http://www.youtube.com/watch?v=6qTK0UsdQw4 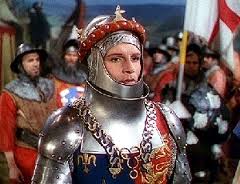 Shakespeare came to write Henry V some years after Henry VI , when he was on top form. Taking as his subject the greatest of English kings, he rose to the occasion with writing that is both superbly powerful and subtle. It’s a play that divides opinion. Richard Dutton, in his essay The Second Tetralogy, asks “Is it a celebration of national glory, with Henry a truly heroic warrior prince? Or is it a dark satire on warfare and the abuses of power, a prelude to the tragedies soon to follow?” 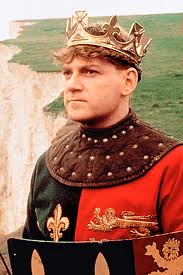 These questions weren’t raised in the Olivier film of the play, released during the dark days of the Second World War and quite deliberate propoganda. Modern productions though nearly always tackle them, and no matter how persuasive the great heroic speeches, today’s audiences are left in no doubt that the play is not as straightforward as it looks. In 1984 Kenneth Branagh’s stage performance for the RSC was dubbed the first post-Falklands Henry and Adrian Lester’s 2003 National Theatre performance was plainly a response to the war in Iraq. 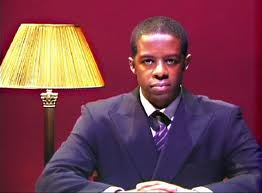 Henry’s early death was seen as a national tragedy, the more so in retrospect since his son’s disastrous reign was overtaken by civil conflict and his father’s gains in France were lost. For Raphael Holinshed, writing his history of the country, Henry V was “a king, of life without spot, a prince whome all men loved, and of none disdained, a capteine against whome fortune never frowned, nor mischance once spurned…A majestie was he that both lived and died a paterne in princehood, a lode-starre in honour, and mirror of magnificence”.