Shakespeare and the Jacobethans at the Swan This year the Royal Shakespeare Company is celebrating 50 years of existence by staging a series of events marking some of its key moments of theatremaking.

Exactly half way through this half-century, in 1986, the RSC opened the Swan theatre in the shell of the 1879 building which burned down in 1926. For many years used only for rehearsals and occasional events, it was transformed following a generous donation from Frederick R Koch into a performing space which immediately stole the hearts of theatregoers.

On 21 August RSC Chief Associate Director Gregory Doran staged a Sunday talk with the title The Swan and the lost Library of Jacobethan plays, a handy term combining Elizabethan and Jacobean. The Swan was originally intended to stage “the once hugely popular but now rarely-seen plays of Shakespeare’s contemporaries” , plays to which the RSC had already shown their commitment in successful productions of The Changeling, The Maid’s Tragedy and The Revenger’s Tragedy among many others. The Swan’s success has owed not a little to the brilliance of  the architecture: “Michael Reardon’s pale golden galleried playhouse…an exceptionally attractive performance space…first impressions are of precision, harmony, versatility, joy.”.

Beginning the session with a brisk run-through of some of the highlights of these twenty-five years, Doran reminded the audience how many great plays by Shakespeare’s contemporaries and collaborators have been staged in this auditorium. 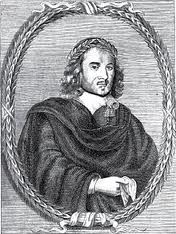 To celebrate these playwrights he invited onto the stage five actors from the current company, each to perform a key speech by one of Shakespeare’s worthy contemporaries: Alex Hassell as Christopher Marlowe, Felix Hayes as Ben Jonson, Simeon Moore as John Fletcher, Oliver Rix as Thomas Middleton and Michael Grady-Hall as John Webster.

It’s easy to be confused by the number of playwrights working so successfully in the theatre in Shakespeare’s period. It was a chaotic period when there was big money to be made but trying to piece together what happened, and even who wrote what, has been difficult. The Revenger’s Tragedy is a case in point: when it was performed in 1987 at the Swan it was attributed to Cyril Tourner, but since then has been reassigned to Thomas Middleton. Dates of performance and casting for all the plays performed at the Swan can be found at the RSC Performance Database .

Doran filled in some details of the lives and works of the five playwrights he’d chosen. What emerged was an impression of what unstable and risky lives most of them led. Marlowe, the first playwright to attain celebrity status, was involved in the murky world of espionage and stabbed to death. Jonson killed a man but escaped hanging because of his education, and some of Middleton’s plays were burned as blasphemous.

At the end of the session Doran invited Antony Sher to discuss his experiences acting in the Swan Theatre in Jacobethan plays. Sher’s had more experience of working in the Swan Theatre than almost anyone, performing in modern plays and Shakespeare as well as plays written by his contemporaries, including Marlowe’s Tamburlaine, Middleton’s The Revenger’s Tragedy, Massinger’s The Roman Actor and Marston’s The Malcontent. He chose to speak about how each of the dramatists of the period write with their own individual voices.

Language was the tool of communication in the theatre of the time (you went to hear a play, rather than see it). A huge number of new words entered the language and the playwrights, not just Shakespeare, were responsible for many of these inventions.

Doran quoted from Ben Jonson’s Timber or Discoveries: “Language most shows a man: Speak that I may see thee.” Jonson continues:  “It springs out of the most retired and inmost part of us, and is the image of the parent of it, the mind. No glass renders a man’s form or likeness so true as his speech”. 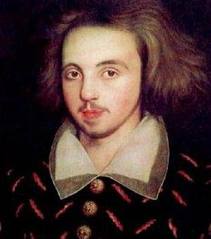 Sher compared Marlowe’s verse with Shakespeare’s, Marlowe’s “underdone steak” versus Shakespeare’s “greatest Dover sole”, While Marlowe’s “mighty line”was written using the strict confines of the iambic pentameter, “the hearbeat”, Middleton’s plays are more difficult to speak, being written in longer sentences. Perhaps this is because he, unlike Shakespeare and Jonson, was never an actor.

They speculated about why these four hundred year old plays are still so appealing. The period was one of instability and change, even reflected in the despairing quality of much of the comedy. It’s easy for us to identify with this.

Here’s a few lines from the great final speech of Marlowe’s Dr Faustus, which continues to speak to us today.

Ah, Faustus –
Now hast thou but one bare hour to live,
And then thou must be damned perpetually.
Stand still, you ever-moving spheres of heaven,
That time may cease, and midnight never come.
Fair nature’s eye, rise, rise again, and make
Perpetual day; or let this hour be but a year,
A month, a week, a natural day,
That Faustus may repent and save his soul.