Your actions are my dreams: Shakespeare and conspiracy 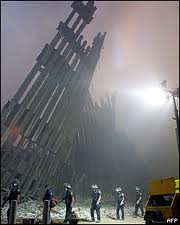 A week on Sunday it will be exactly ten years since the awful events of 9/11 in which thousands of people died and which sparked the wars in Iraq and Afghanistan.

On Monday it was revealed that a poll undertaken in the US and UK suggested that 1 in 7 people believe the US government was involved in staging the attacks.

A documentary on this subject was screened in the UK on the same evening.  Further programmes will take a more sober look at the events, but even this one raised difficult questions. Why, with so much evidence to show it was a terrorist attack, are  so many people willing to believe that the government launched it on their own citizens? The lives of people who died that day have been devalued because conspiracy theorists deny one of the crashes, adding to the distress of their families and the people who dealt with the aftermath.

Jonathan Kay is a journalist who has taken an active interest in conspiracy theories, and he’s concerned that these theories are growing in popularity, whether they are about the moon landings, JFK, the killing of Osama Bin Laden, or, of course, the authorship of Shakespeare’s plays. Although this last one seems trivial in comparison with the others, it displays many of the same characteristics.

Kay claims never to have won an argument with a conspiracy theorist, because no sooner is one point countered than, rather than changing their view, they move to the next disputed point. Any small slip by anyone giving evidence is jumped on. Another journalist, Guy Smith elaborates:

The deeper you dig in the dark world of conspiracies, the more you realise that different theories share much in common. The conspiracy theorist seizes on any apparent inconsistency and from that germ of truth the story is built up.

The books that have been written about Shakespeare over the past two hundred years or so offer material a-plenty for conspiracy theorists. In that time thousands of books have been written and hundreds of different stories reported, many of them with little foundation, so there is no shortage of inconsistencies on which to build.

In recent years orthodox scholars have grasped the nettle and challenged the conspiracies. 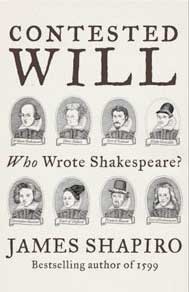 The chapter in Jonathan Bate’s book The Genius of Shakespeare begins:

In only 35 pages Bate sets out the arguments, while James Shapiro’s Contested Will and Irving Leigh Matus’s Shakespeare in Fact are excellent fuller studies.

These theories remind me of Leontes in The Winter’s Tale, who is so convinced in his own mind of his wife’s infidelity that he refuses to believe her or anyone else. He changes his mind only when a source which he trusts, the oracle, confirms her innocence. It’s been suggested that a belief in conspiracy theories is to do with anxiety. In an age of uncertainty, where religion is in decline, and where there’s no trust in government to do the right thing, these theories at least suggests that someone is in control. The alternative is to believe that 19 young men, armed with nothing more than plastic knives, could swiftly destroy some of the most powerful symbols of the American way of life. 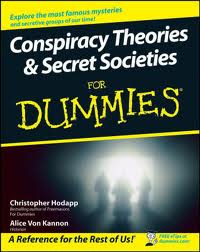 Why should this anxiety transfer itself to belief in Shakespeare’s authorship, something that can make no real difference to anyone’s life four centuries on? Do doubters see themselves as champions wanting to give the right candidate the admiration to which he’s entitled? Or is it about knocking the orthodox candidate off his pedestal?

During his lifetime and for centuries after it nobody doubted that Shakespeare, the man from Stratford-upon-Avon, wrote the plays and poems attributed to him. None of  the alternative candidates ever made any sort of claim, nor did their families or descendants. Shakespeare wrote and acted in some of the most popular plays of the time, that appealed to ordinary people as well as the court. He worked with the best actors of the day, knew the best writers, and collaborated with some of them.

It’s not a glamorous story, but I’m happy to trust Ben Jonson, Francis Beaumont, William Camden and many others, who knew Shakespeare and didn’t need to make it up.

If you’d like to join in the debate, see my last post for information about the Shakespeare Birthplace Trust’s campaign about the authorship question.