Putting a girdle round about the globe: Shakespeare clubs and societies 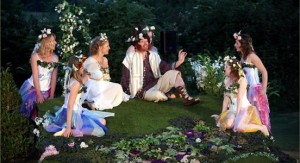 The Sevenoaks Shakespeare Society in A Midsummer Night's Dream

What makes a group of like-minded Shakespeare-lovers turn themselves into a formal club or society? According to Nick Walton, it’s when the provision of refreshments, particularly biscuits, becomes an issue. Is the occupation of discussing or reading Shakespeare so exhausting that a guaranteed supply of digestives, custard creams or chocolate hobnobs is essential, or is it pure coincidence?

This discussion of the need for high-calorie snacks was brought up by Nick Walton in his lecture last month to the Shakespeare Club of Stratford-upon-Avon in which he talked about the birth and continued health of Shakespeare clubs and societies worldwide.

Dr Walton knows about Shakespeare societies. He’s the Secretary of the International Shakespeare Association and has helped to organise its last two conferences in Brisbane and Prague.

Shakespeare clubs go back a long way: in the 1730s a group of intellectual women formed the Shakespeare Ladies Club, who influenced Shakespeare performances and contributed towards the Westminster Abbey monument to Shakespeare. The oldest club still in existence is, perhaps not surprisingly, the Stratford Shakespeare Club which meets monthly apart from a summer break. 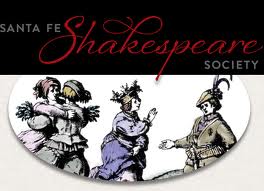 What was apparent from Dr Walton’s talk, apart from the longevity of Shakespeare societies and clubs, was the variety of reasons why they have been formed. Many began as reading groups, especially in the nineteenth century when cheap copies of the plays became available and more people learned to read. Reading Shakespeare was thought to be both respectable and improving and groups like the Shakespeare Reading Club, which Karl Marx attended, were formed with these idealistic aims. In more recent years many Shakespeare societies have taken this idea further, putting on full productions of the plays. Others like James Frederick Furnivall with his 1874 New Shakespeare Society aimed to professionalise the study of Shakespeare by publishing texts and research. Many groups had a primarily social function, holding luncheons, organising outings, and screening films. The academic Maynard Mack claimed in 1976 that one of the pleasures of coming together was to watch the behaviour of other Shakespeareans.

National Societies often had a political purpose. The British Empire Shakespeare Society aimed to promote familiarity with Shakespeare as a symbol of the Empire. The first national society was the Deutsche Shakespeare Gesellschaft, founded in 1864, which stated “we want to Germanize him”. And the Shakespeare Association of Japan also wanted to claim him: “England must share him with the rest of the world”.

Nationalism aside, clubs and societies have been established in order to satisfy members’ personal desire to engage with Shakespeare. If you’re looking for a local group, there doesn’t seem to be a complete list of Shakespeare Clubs, Associations and Societies, but given their number and the frequency with which they are founded, merge, change their names and dissolve this is no surprise. You might try this very selective list of societies, or a web search might lead you to an active website or facebook page. Groups often welcome people who aren’t able to take part in the activities of reading or acting. The Shakespeare Readers Society Facebook group for instance is based around the reading group that meets in a London bookshop, but is allied with other similar groups in the USA. Other groups are based as far apart as Seattle, Dublin and Delhi. 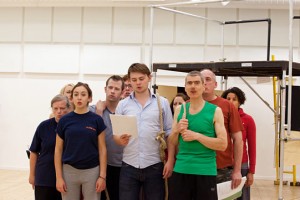 The scale of this activity demonstrates that there are hundreds of thousands of people around the world who, independently of school lessons, college courses and professional theatre, choose to spend their leisure time with Shakespeare. This enthusiasm has just been celebrated in Stratford-upon-Avon with four performances of Pericles, in which thirty hand-picked performers have been rehearsed by the RSC and performed on the Courtyard Stage. There’s a long tradition of amateurs sharing the Stratford stages: back in the nineteenth century “supers” or local extras became the crowd in Julius Caesar or the soldiers in Henry V. In 1983 and 1985 a community chorus of 200 locals was used in The Dillen and earlier this year a well-rehearsed crowd played the citizens of Rome in Julius Caesar.  Pericles has been billed as the RSC’s first Amateur Ensemble production. Simply staged, the story of loss, personal tragedy and reconciliation worked its usual magic. Several of the cast were outstanding and using the ensemble to voice Gower’s words was an idea completely in keeping with the aims of the production.

With cast members normally carrying out dayjobs as varied as IT consultant, waitress, binman and solicitor the production was a joy to watch, not least for the exuberance of the audience who celebrated the success of their friends, relatives or colleagues in performing in such a high-profile event.  And a programme note reads: “the RSC have learnt much from the commitment, passion and talent of amateur theatre makers by working with just a handful of the million people in the UK who create theatre purely for the love of it”.

The Shakespeare Club’s website has now been updated to include notes of not just Dr Walton’s lecture but all the talks from the last two years. And on Tuesday 9 October the club will be welcoming Patrick Spottiswoode from Shakespeare’s Globe to give the next lecture to this group of enthusiastic Shakespeare-lovers.

3 Responses to Putting a girdle round about the globe: Shakespeare clubs and societies