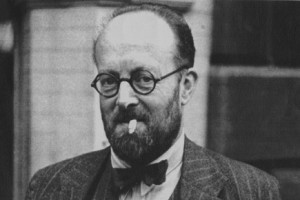 Regular readers will know of my interest in the history of Shakespeare on stage, in particular the ways in which productions have been recorded. Many members of the audience choose to keep autographed programmes, posters or even their tickets, but  the more disciplined among us write down our impressions and keep them. A recent radio programme highlighted how important these personal notes can be.

The programme, One Man’s War, focused on one man who lived through the second world war in London. His name was Lionel Bradley, a Librarian who worked at the London Library in the centre of the capital. Bradley was a passionate concert and ballet-goer who even before the war was sending reports about the performances he attended to friends and family in the north of England. He, or someone close to him, must have been aware they had value as the notebooks found homes at the Royal College of Music and at the Victoria and Albert Museum’s Performance Collections, but he might be surprised to find them being quoted as an important record of London’s cultural history. 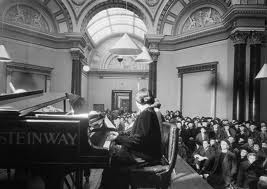 After the declaration of war in 1939 concerts were suspended, and valuable artefacts like the paintings in the National Gallery removed to safety, but it was soon realised that culture, and in particular entertainment, helped raise the morale of the nation. Concerts not only survived but flourished due to the large number of foreign musicians taking refuge in England, and audiences were not satisfied with merely patriotic music but flocked to demanding programmes of classical music and dance. The best-known were the lunchtime concerts at the National Gallery where its Director Kenneth Clark,  no doubt thinking of some of the paintings in the collection, commented that the audiences’ rapt expressions were reminiscent of those having a religious experience.

Bradley was almost obsessive. He wrote over half a million words detailing his impressions. He was “better than a critic” because, as Curator of Dance at the V&A, Jane Pritchard explained, he saw ballet productions repeatedly, comparing them over a period and described the colour of costumes when all photographs were in black and white. He went to everything, observed it closely, and as Katie Derham, the presenter of the programme noted, “lovingly wrote it all down”. “If Lionel Bradley were alive today he would have been the most exceptional blogger”.

My interest, of course, is in Shakespeare and Lionel Bradley doesn’t seem to have been keen on drama. But during the war The Shakespeare Festivals continued to be performed in Stratford-upon-Avon in spite of hardships causing cuts in production values and the difficulties of maintaining an acting company as young men were called up. But, again, morale was maintained, Shakespeare representing the sort of Englishness that the war was being fought for.  Just as in London, the repertoire was more challenging than might be expected. As well as comedies like The Taming of the Shrew and Much Ado About Nothing and patriotic histories like Henry V and King John, the tragedies Antony and Cleopatra, King Lear, Hamlet and Macbeth were all performed, as was the troubled comedy Measure for Measure. The one popular play that wasn’t performed was Richard III with its portrait of a psychopathic villain.

At one point it looked as if Stratfordcould have played a major part in the war. As paintings were being removed from London galleries, plans were being laid to relocate the government from the capital in case of severe bombing. Documents now reveal that the Shakespeare Memorial Theatre and adjoining Conference Room (now the Swan Theatre) would have been used by Parliament, and it had even been decided which hotels would be requisitioned for use by different grades of staff, MPs and Members of the Lords. In the end, they stayed put, of course: how different would Stratford’s history have been if they had put the plan into action.

The programme confirmed that records and memories of performance are worth keeping. Nowadays you can write your own blog, like Pete Kirwan’s Bardathon, add a post to Facebook, or write a comment to be added to  Year of Shakespeare, but it hasn’t always been so easy. Before you assume nobody would be interested in your “trivial fond records” of Shakespeare productions, remember that they may contain details, and views, that are not recorded elsewhere. The only opinions that exist of some Stratford wartime productions are a couple of brief accounts in local newspapers. If you want to be involved in my Listening to the Audience project, which I’m hoping to begin in the next few weeks, go to the page and send me a comment.