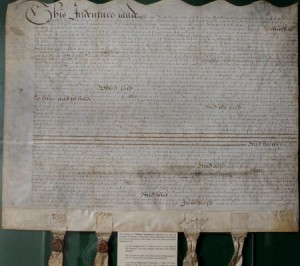 It may no longer be the Year of Shakespeare but there’s no shortage of events and exhibitions on offer quite apart from performances of his plays. Coming soon, at the London Metropolitan Archives, is a free exhibition focusing on Shakespeare and London. The exhibition opens on 28 May, running until September, and celebrates in particular the 400th anniversary of Shakespeare’s purchase of the Blackfriars Gatehouse. The document recording the purchase is kept at the London Metropolitan Archives, but because of the document’s age and significance the original will be on display on only some days (listed on the website). 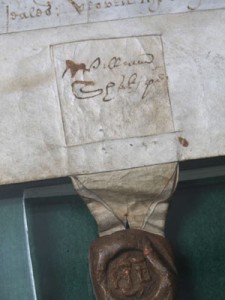 As well as being an impressive document in its own right, it is one of only a handful that features Shakespeare’s signature. The exhibition will explore Shakespeare’s relationship with the capital from his earliest appearances to the present day, illustrating how his plays have continued to live on through performances in a multitude of locations.

It’s an intriguing document: the purchase was made at a time when it’s normally assumed Shakespeare had retired to Stratford. But if so, why did he make this investment in London, when all his other property was in the Stratford area? It was a major investment, costing £140, a very substantial sum. There must have been a reason, but as far as I know nobody’s ever made a very strong case explaining why he might have done this.

The LMA website makes a link between Shakespeare’s life as it will be illustrated in the exhibition and the lecture which is to be given on Thursday 23 May at 7pm at the Hay Festival in which ” three academics from Aberystwyth used a sustainability lens to expose Shakespeare as a tax dodger and grain hoarder.” This story has been rumbling around for weeks and it’ll be interesting to see if they really have come up with more information about Shakespeare’s well-documented financial transactions. 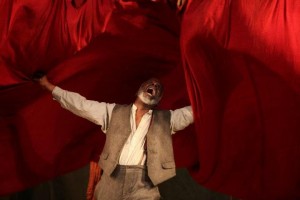 In charge of the BBA Shakespeare project is Dr Tony Howard, who is giving a series of talks at the Globe Theatre this summer relating to the plays in this year’s repertoire on stage and screen, not directly related to multiculturalism.

Sadly, I missed the live Twitter discussion which was held on Monday, 20 May, but the University of Warwick is hosting a symposium on the subject of Multicultural Shakespeare bringing academics and practitioners from Britain and the USA together to consider the past, present and future of the subject. This will take place on 2nd July. The University has also made available a podcast discussion by Tony Howard and actor Nicholas Bailey on Shakespeare: Crossing the Colour Line.

And if you’d like to find out more about this major project there’s an AHRC film introducing it here.