Shakespeare’s Hamlet and the charisma of acting 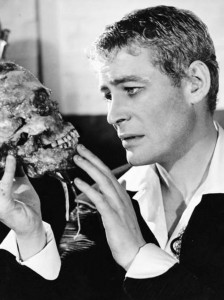 Since the the death of Peter O’Toole was announced on Sunday the media have been full of reminiscences of him. It’s noticeable that he is remembered for his larger-than-life character and skills as a raconteur almost as much as for his acting.

Some actors disappear into the roles which they play, while others imbue each role with their own character. O’Toole was one of the latter. He was the National Theatre’s first Hamlet in 1963, but he was already a movie star having appeared in Lawrence of Arabia. He was also a character. In the first year of Peter Hall’s leadership of the RSC he had played three interestingly contrasting roles: Petruchio in The Taming of the Shrew, Thersites in Troilus and Cressida and Shylock in The Merchant of Venice: all controversial parts in what were also controversial plays. He had enthusiastically become one of the first actors contracted for three years, but left at the end of the first season, 1960, when offered the role in Lawrence of Arabia. Nobody could blame him for taking it, but it also showed that O’Toole was not, as he had claimed earlier in the year, really a company man. 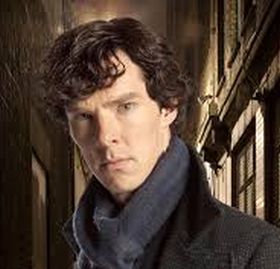 Hamlet is a role that adapts itself to the character of the actor playing it, and it has attracted a good many famous for their bon viveur lifestyle such as Richard Burton. But their place sometimes seems to have been taken by a generation of more earnest actors. Just a week or so ago Benedict Cumberbatch announced that in 2014 he will be taking the role of Hamlet in a London Theatre (still unnamed). Cumberbatch has a strong background in theatre but he’s become an international star through his fiercely intellectual Sherlock in a contemporary take on the famous detective stories. He’s a brilliant and compelling actor, and his Hamlet will be a hot ticket, but neither he nor his contemporaries have the sometimes outrageous personality of O’Toole, Burton or Oliver Reed.

Shakespeare’s original Hamlet was Richard Burbage. Although much mourned at his death we know very little of what he was like. We do know, though, that Shakespeare wrote the hugely demanding roles of Hamlet, Othello and King Lear for Burbage and we can’t help feeling that Burbage must have had a personality to match. 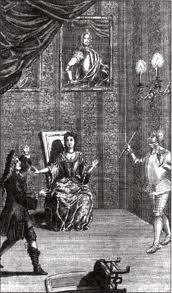 The next great Hamlet, coming after the reopening of the theatres with the Restoration of the monarchy, was Thomas Betterton a man who, in spite of his enormous success, was not a showman in the way that Garrick was. Yet for over forty years Betterton was the leading actor in London, in particular as Hamlet. John Downes recorded that he had been trained in the role by William Davenant, “having seen Mr. (Joseph) Taylor of the Blackfriars Company act it, who being instructed by the author Mr. Shakespeare, he taught Mr. Betterton every part of it.” The dates don’t quite fit, but there could be an element of truth in the story.

Betterton was born in the right place at the right time, being twenty-five at the Restoration in 1660 and immediately engaged to act in the revival that took place under the theatre-loving Charles II. He first played Hamlet in 1661, and from then onwards dominated the role. He was much admired by Samuel Pepys who wrote on August 31 1668 “To the Duke of York’s play-house, and there saw Hamlet, which we have not seen this year before, or more; and mightily pleased with it, but above all with Betterton, the best part, I believe, that ever man acted.”.

Throughout his life Betterton aimed to be a gentleman rather than merely a “rogue and vagabond”. His personal behaviour was always exemplary. Having been apprenticed to a bookseller as a young man he retained his interest in books and amassed an extensive collection of over 600 volumes and large numbers of pictures and engravings. Four months after his death in 1710 his widow was forced to sell his collection and the sale catalogue tells us much about Betterton’s tastes. Published by Jacob Hooke under the title Pinacotheca Bettertonæana, it was described as “A catalogue of the books, prints, drawings and paintings of Mr Thomas Betterton, that celebrated comedian, lately deceas’d. Sold at his own lodgings in Russell Street, Covent Garden.” A new edition of the catalogue has just been published under the auspices of the Society for Theatre Research by Betterton’s biographer, David Roberts. 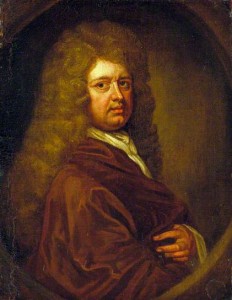 It shows that Betterton was a man of wide interests, including literary and dramatic criticism, science, translations from Virgil, Homer and Ovid, volumes on geography, law and over thirty studies of civil wars.  It’s a sober and serious collection for an actor who might be expected to enjoy light-hearted reading. But Betterton was no ordinary actor and in his introduction David Roberts claims that he “staked an unusual claim to respectability shared by no previous performer… Whatever its limitations, Betterton’s collection was, remarkably, the work of a gentleman”, at a time when actors were barely respectable.

Towards the end of his life Betterton ventured to Stratford-upon-Avon in search of biographical information about Shakespeare. His findings were published in Rowe’s 1709 edition of the Complete Works, just a year before Betterton’s death. The scene for Hamlet in that edition, reproduced above, of the Ghost’s appearance in Gertrude’s closet, is thought to show his performance. Betterton’s assistance is acknowledged by Rowe, and a copy (probably a gift from Rowe), is the only one by Shakespeare in the sale catalogue.

Luckily Peter O’Toole’s recorded performances ensure he will be remembered for both his acting and his charismatic personality.

If you’re interested in reading more about the stage history of Hamlet, an excellent survey by Robert Hapgood  reworks the introduction to his book Introduction to Hamlet: Shakespeare in Production, published by Cambridge University Press in 1999.

One Response to Shakespeare’s Hamlet and the charisma of acting