“The sweet of the year”: spring in Shakespeare’s Stratford 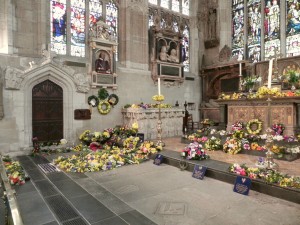 Shakespeare is famous for his knowledge of plants of all kinds, but especially flowers, and he particularly loved springtime. It’s one of the reasons why spring flowers are brought to lay on his grave in Holy Trinity Church on his birthday on 23rd April each year.

Several songs by Shakespeare celebrate the spring and its flowers. Autolycus in The Winter’s Tale sings:
When daffodils begin to peer,
With heigh! the doxy over the dale,
Why, then comes in the sweet o’ the year;
For the red blood reigns in the winter’s pale.

And in As You Like It:
It was a lover and his lass,
With a hey, and a ho, and a hey nonino,
That o’er the green corn-field did pass
In the spring time, the only pretty ring time,
When birds do sing, hey ding a ding, ding.
Sweet lovers love the spring.

Shakespeare Gardens, in which the plants mentioned by Shakespeare are grown, and quotes from the plays are usually displayed, are becoming increasingly popular. In Stratford-upon-Avon there are several Shakespeare gardens of different kinds: the Birthplace Garden has included plants mentioned by Shakespeare for many years, and the tree garden at Anne Hathaway’s Cottage contains many of the trees named by him. The knot garden at New Place isn’t planted with authentic flowers, but is in a traditional shape bordered with box hedges, and he surely would have enjoyed its beauty. The town has built up a reputation for its floral arrangements, having has a long and successful tradition of taking part in the national Britain in Bloom competition and its own Stratford in Bloom contest every summer since the 1970s. 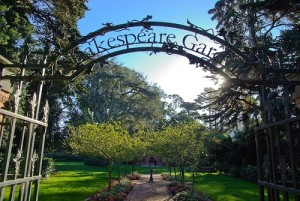 In case you feel like having a go, here’s a guide to growing your own Shakespeare garden. This topic is so popular that it has its own section on Wikipedia complete with a list of Shakespeare gardens, mostly in North America. Many have been inspired by Ernest Law’s 1922 book Shakespeare’s Garden, Stratford-upon-Avon.

Historic gardens are also celebrated for the medicinal qualities of the plants grown in them. Here are links to the Chelsea Physic Garden, the Poison Garden at Alnwick Castle in Northumberland, the Garden Museum in London and the Apothecaries’ Hall. And while on the subject of London, the City of London Guide Lecturers take garden walks and visit the Barber Surgeons garden where a garden is laid out with medicinal plants. Nearby is the garden of St Mary Aldermanbury where there is a memorial to the editors of Shakespeare’s First Folio. 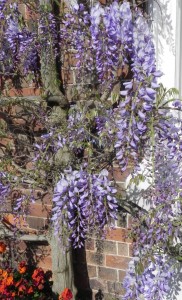 The Royal Horticultural Society is celebrating National Gardening Week 2014 in the run up to Easter, 14-20 April, and by great good luck the weather this week has been beautiful. Visitors to Stratford-upon-Avon this weekend will have a treat with the town and the surrounding areas a delight to walk around. I’ve been out taking photographs myself and some are displayed below supplemented by a few taken earlier (the daffodils and magnolia are both over for this year). Although so many of the plants we grow now would not have been known to Shakespeare, he would have loved the magnolia, wisteria and cherry blossoms of springtime as much as we do.  Enjoy your Easter weekend wherever you are, and make sure you spend some time in a garden! 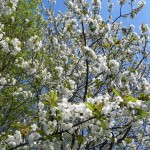 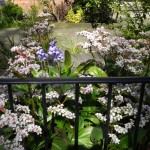 A front garden full of flowers 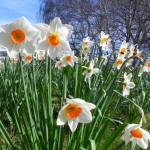 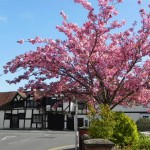 A cherry tree in the Garden of Remembrance 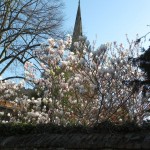 A Magnolia at Avonside by Holy Trinity Church 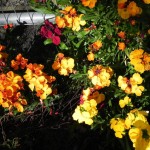 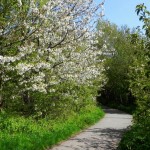 The path to the Greenway 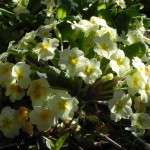 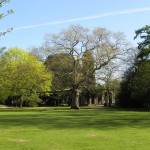 This entry was posted in Legacy, Stratford-upon-Avon and tagged April, As You Like it, gardens, National Gardening Week, Royal Horticultural Society, Shakespeare's Birthday, spring, Stratford in Bloom, The Winter's Tale. Bookmark the permalink.