Celebrating Shakespeare and Purcell with the Orchestra of the Swan 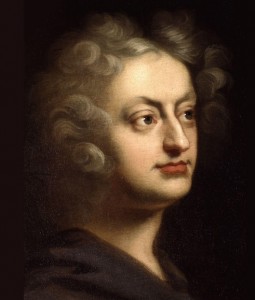 Stratford-upon-Avon’s own chamber orchestra, the Orchestra of the Swan, is currently celebrating Shakespeare’s 450th anniversary by performing four concerts of music inspired by his work. The first concert, last Friday, included the lovely orchestral suite written by Henry Purcell for his opera The Fairy Queen, a late seventeenth-century reworking of Shakespeare’s play A Midsummer Night’s Dream.

This week on the BBC Radio 4 programme Great Lives, soprano Emma Kirkby chose to discuss the life of Purcell with presenter Matthew Parris and Purcell scholar Michael Burden. Born in 1659, very much a Londoner, Purcell lived in turbulent times. By the time of his death aged only 36 he had lived (briefly) under the rule of the Commonwealth and three different monarchs. He made his mark young, becoming the organist of Westminster Abbey and the Chapel Royal, and the Keeper of the King’s instruments. Although he spent much of his life composing religious works, he was later pushed towards writing for the commercial theatre. The Fairy Queen was one of the most successful of his theatrical pieces. One of the first English operas, it was a spectacular production taking up much of the theatre’s annual budget. But Purcell died in 1695 when his reputation for theatrical composition was at its peak, and only three years after The Fairy Queen had first been performed.

A scene from Glyndebourne’s production of The Fairy Queen

He was recognised as the greatest English composer and the first to be a national figure, honoured by being given a state funeral at Westminster Abbey. With no more music from Purcell, continental music of very different styles became fashionable including Italian opera and the music of Handel. For two centuries Britain produced few world-class composers.

Even Purcell’s manuscript for The Fairy Queen was lost, a copy being found only in 1901 at the Royal Academy of Music. In the twentieth century his work underwent a revival, for example with Benjamin Britten championing his work by taking one of his tunes as the theme of The Young Person’s Guide to the Orchestra.

The opera as envisaged by Purcell combined a range of different elements rather reminiscent of the Jacobean court masque fashionable at the end of Shakespeare’s career. It included Shakespeare’s text, orchestral sections, dances and operatic singing, spectacular effects and gorgeous costumes. The libretto for the operatic sections was written by Thomas Betterton, the first great Hamlet after Shakespeare’s time. Purcell owed much to earlier forms of musical entertainment. For many years only concert versions of Purcell’s The Fairy Queen were put on, a full performance being estimated to last 4 hours. Then in 2009 to coincide with the 350th anniversary of Purcell’s birth a decision was taken to give it a full-scale production at Glyndebourne. It was directed by Jonathan Kent and was declared a triumph, so successful that it was filmed, released on DVD and repeated in 2012. It’s wonderful that this early adaptation of Shakespeare’s play has at last been shown to be a great work of art. Here’s the Guardian’s review of the 2009 production, and that from Opera Today.

This clip is from the 2009 Glyndebourne production illustrating Purcell’s inventiveness: some speech and acting, singing and dancing all in the space of just a few minutes. I believe it’s an extract from the DVD which is still available for purchase. And yes that is Des Barrit as Bottom and Sally Dexter as Titania.

To return to The Orchestra of the Swan, the extracts from The Fairy Queen formed part of a varied programme of music on the theme of love including songs by Howard Blake who has written much for Shakespeare on stage and Roxanna Panufnik’s new work inspired by three Shakespeare sonnets. There are three concerts still to come, all following the Shakespeare theme in the context of the memorials of the First World War. The concert on 23 May is entitled Let us Garlands Bring – rosemary for remembrance, that on 30 May The Lark Ascending, and on 6 June the whole concert celebrates A Midsummer Night’s Dream. For more information go to the Orchestra’s website.

And here’s a link to the podcast of Great Lives.

And I’ve just heard about a concert including Mendelssohn’s fabulous music for A Midsummer Night’s Dream being performed on 29 May by the Baltimore Symphony Orchestra at the Music Center in Strathmore, in collaboration with the Folger Shakespeare Library. Here’s the link.