Being Human: Shakespeare and the humanities 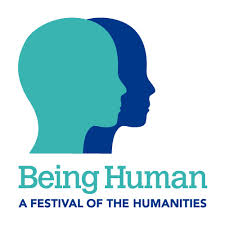 It was in 1998 that Harold Bloom’s book Shakespeare: the Invention of the Human was published.  In the book “Bloom presents one of the boldest theses of Shakespearean scholarships: that Shakespeare not only invented the English language, but also created human nature as we know it today.” In his review for the New York Times James Shapiro defined what Bloom meant by this: “his bold argument… is that Shakespeare remains so popular and his most memorable characters feel so real because through them Shakespeare invented something that hadn’t existed before. Bloom defines this as ”personality,” inwardness, what it means to be human.”

Shapiro was bound to disagree fundamentally, studying as he does Shakespeare in his historical context: “Shakespeare was born in the right place and time: his genius flourished in the richly collaborative world of the Elizabethan theater, and his dyer’s hand was steeped in the social and spiritual contradictions of an age poised between the medieval and the modern.”

However unpopular is Harold Bloom’s view that “Shakespeare’s unsurpassed, universal genius” came into being without reference to the times in which he lived, there is no disputing that Shakespeare tells us about being human. So this November’s Being Human Festival includes several sessions about Shakespeare, as well as many that touch on matters which he examines in his work.

Being Human is the first UK-wide festival of the humanities, taking place from 15-23 November 2014, and organised by the School of Advanced Study in partnership with the Arts and Humanities Research Council and the British Academy.

“Being Human aims to engage the public with the very best of the innovative research taking place across the humanities. Hosted by higher education institutions and their cultural and community partners across the UK…the focus of the festival will be on activities that make humanities research accessible to the general public and that demonstrate the role of the humanities in the cultural, intellectual, political and social life of the UK.”

On 16 November Acting against the grain: non-traditional Shakespeare, by the University of Warwick with the Shakespeare Birthplace Trust. This session will take the form of a panel discussion. Here’s the description from the University website ” This event will bring together university academics leading two major research projects exploring Shakespeare and his work as a mirror for cultural identity, with Shakespearean practitioners from English-speaking theatre in North America and the UK. These performers have overcome many obstacles – racial and gender stereotyping, ingrained casting habits and pre-conceived cultural expectations.

On 17 November there will be another panel session at the University of Birmingham on the subject of Being Human in King Lear, in which Dr Erin Sullivan will be in conversation with 1623 theatre company who have been working on a project called Lear/dementia. “The project takes its inspiration from Shakespeare’s King Lear, which itself questions the nature of the human mind and what happens to it as a result of ageing, trauma, and loss. Lear/dementia looks at the issues King Lear raises from a contemporary perspective, focusing in particular on the understanding and experience of dementia today” 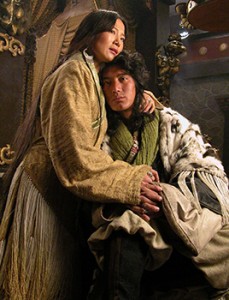 Prince of the Himalayas

Also on 17 November from 2-5, in Belfast, Finding Commonality: Hamlet in World Cinema will be the UK premiere screening of a film version of Hamlet entitled Prince of the Himalayas, “a Chinese production that uses the snowy landscapes, epic geography and holy sites of Tibet to present a tragedy of forgiveness rather than revenge”.

Just a few other sessions that I’ve spotted that might be of relevance to Shakespeare:

In Durham on 18 and 19 November there will be a workshop into the work of Robert Grosseteste, “an extraordinary thinker from the thirteenth century”, Facing out. From Dark Ages to Dark Matter followed the next day by a lecture on the relevance of medieval science to the modern world by popular science writer Michael Brooks.

Home to many heroes and villains, the Nottinghamshire programme imaginatively focuses on being human as expressed through subversion with a whole series of events including debates, soap box street interventions, family fun days and the world’s first 24-hour “street tweet” of a film script, “all exploring the mythical and real characters and events of rebellion synonymous with the region – Robin Hood, Mary Cavendish, Byron, the Luddites, the 1831 Nottingham revolt, D.H. Lawrence and Alan Sillitoe.”

And in Northumbria there will be a session on early actresses and celebrity culture.

At Roehampton, a symposium on 15 November entitled Memory Banquet: food and acts of remembering.

On 19 November in Edinburgh a multi-disciplinary panel will discuss “how spaces, places, texts and genes shape our self-understanding, evolving personalities and social interactions” in a session called Spaces, Places, Histories and Genes.

In Swansea there are a series of sessions based on Dylan Thomas, celebrating his recent centenary.

This is just the beginning of what should grow into an important Festival. It’s a showcase for interdisciplinary academic research, often demonstrating the importance of partnerships both between universities and across sectors, with the participation of organisations from voluntary and commercial sectors. It will raise the profile of universities, showing that academics do not exist in ivory towers. And all the events are free, but should be reserved in advance. Some of the 150 sessions are already full.

This entry was posted in Legacy and tagged Being Human, Harold Bloom, humanities, University of Birmingham, University of Warwick. Bookmark the permalink.