Museums of the future, engaging with the past 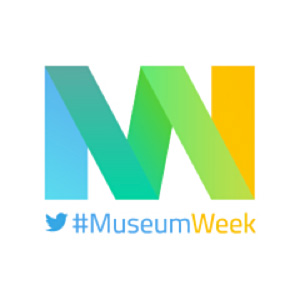 This week, 23-29 March 2015, Museums have been celebrating Museums Week, and promoting their collections and services. By coincidence the big news for lovers of culture has been the reburial of the remains of King Richard III, making a strong connection between the distant past and the present. The finding of his skeleton, the forensic work leading to a positive DNA match, the drama of the legal challenge have made for a gripping story, and events have been given a huge amount of airtime including live screenings, coverage that cultural events never normally receive.

Recently the cultural temperature of the country was taken and the results were published in the Arts Index 2015. This showed that attendance and participation in the arts has risen, though overall funding in England has fallen further and faster than at any time in history.

Many people are questioning why we visit museums and galleries, and how usage in changing. In this article, four influential people in the museum world suggest what they think museums will look like in five years time. David Anderson, from National Museums Wales wants them to be centres for “public creativity and local enterprise”. Christoph Vogtherr, from the Wallace Collection sess his principle aim as “safeguarding the artworks and making them available” and museums should be wary of the “overpowering voice of digital mediation that suggests instant gratification”, connecting us to the past. Maria Balshaw from the Whitworth Art Gallery wants museums to “allow us to see beauty and fill us with wonder. They should be sociable spaces, which quietly undo social hierarchy and inequality”. Robert Hewison, critic, curator and academic, thinks “Museums are much more than repositories of objects; they are meeting places for people and ideas.” Culture in general, it is hoped, can help to solve the challenges of our time: intolerance, inequality and social isolation.

None of these responses suggests how technology might be used. The Wellcome Collection is trying to create a digital experience to last longer, and have a deeper impact, than the quick dive-in that most people experience online.

In the USA the Smithsonian’s recently reopened design museum the Cooper Hewitt is focusing on involving visitors’ interaction with the collections, rather than on events. As a design museum it explains the design process, but they believe “the heart of the museum is in its collection and its visitors”, and are offering them “something that can’t be found anywhere else” based on the museum’s unique items. They have brought in touch-screen tables that allow people to examine objects, immersion rooms that allow visitors to create their own designs based on the collections, and digital “pens” that provide information about objects, allowing people to save material about their personal choice of items. 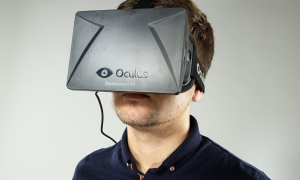 Another approach is virtual reality, and the use of machines like the oculus, developed for playing immersive 3D games. These might allow people to “visit” museums in the future, and this post on Europeana includes some suggestions of how they might be used. It’s not my idea of a museum visit, and I can’t imagine it would do much to promote the idea of museums being social spaces, but might encourage larger numbers of virtual visitors. 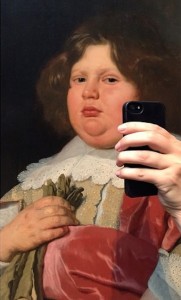 At the other end of the scale, an issue that has attracted much attention over the past year has been the decision of many museums and galleries to allow photography, including the taking of selfies. In fact in January 2015 the second Museum Selfie day took place, intended to be a fun way of encouraging museum visits. On Sunday of Museum Week, people are being told to be creative by taking a selfie with a favourite work of art (some, like this, quite witty).

Many galleries and museums have relaxed their rules about photography, and London’s National Gallery was one of the first major collections to do so with early warnings that it would become “selfie central” being unjustified.  John Wyver defended the practice in his Illuminations blog. 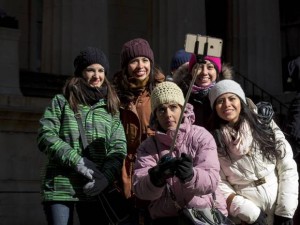 Then just when the issue had quietened down the selfie stick appeared on the scene.  Nick-named “the wand of narcissism” these have been banned by organisations that welcomed selfies, such as the Smithsonian Museums in Washington, DC. By encouraging groups to pose near artworks there’s more potential for damage, as well as disturbing other visitors.

But for some this shows museums to be out of touch: “If their mission is one of service to the public, then they should be doing everything they can to encourage attendance and engagement with the artworks”.  Most UK museums and galleries haven’t made a decision yet.

This post hasn’t had a lot to do with Shakespeare, but experiencing the crowds in Leicester for Richard III’s reburial was a reminder that what people really respond to is some kind of real experience. Watching events unfold on the TV, looking at artworks online, or seeing a theatre production relayed live to a cinema are great substitutes, but aren’t the same as being there. Like people taking a selfie next to a famous painting, people take photographs in the auditorium of the theatre before the show begins: it’s a modern equivalent to keeping a diary. The next stage is to dream up ways that collections and performances can offer more satisfying experiences and deeper levels of understanding about ourselves and our shared humanity.