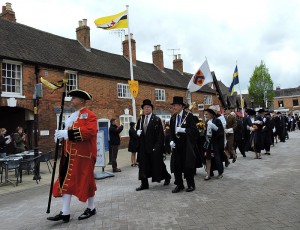 Yesterday, 25 April 2015, Stratford put its party hat on and celebrated Shakespeare’s 451st Birthday again in style. It’s always a great occasion consisting of lots of different elements: street entertainment, dancing, bands playing, the big procession, a lunch party. And it continues on Sunday with a Shakespeare Service at the church and the RSC’s Birthday Bash. To quote the publicity published by the local newspaper, the Stratford Herald “It’s the highlight of a feast of entertainment throughout the festival weekend which has something to please everyone”. At the same time it aims “to remember the fascinating legacy of William Shakespeare, playwright and poet, to his home town and the world of literature and celebrate it here for generations to come”. 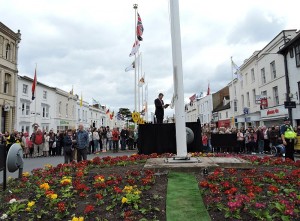 This morning a Facebook friend has commented that although he saw a lot going on yesterday, Shakespeare’s work was not to be seen. The question “What is the most appropriate way to celebrate Shakespeare’s birthday in his own town?” has been debated for centuries. The very first home-grown celebrations consisted of a procession of local artisans dressed in allegorical costumes relating to their trades. In 1879, once there was a theatre to perform one of his plays in, the question was seen to be mostly solved. Before that processions of people in Shakespearean character, on foot, horseback or pageant-style on carts, had been tried. Later the idea of inviting people from all round the world was seized on and developed into a colourful procession of people in international costume, still fondly remembered. Today we have a mix of local organisations and schools taking part, and people dressed in a mixture of national dress, Tudor costume, academic and government regalia. If you’ve got suggestions for how the day could be improved, I’d be happy to pass ideas on, and photos of the event can be sent to the Shakespeare Celebrations website given above. 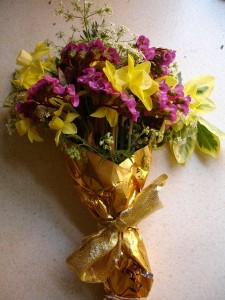 To me, though, the point of the day is to pay tribute to Shakespeare’s life and work by laying flowers on his grave. This tradition was established by the boys of Shakespeare’s school over a hundred years ago and they still take a leading role in the procession. But anyone can join the end of the procession with an offering of flowers, and late in the afternoon I went down to Holy Trinity Church to enjoy the blooms that are arranged on the floor and monuments in the chancel. The sight and smell of the spring flowers is intoxicating and appropriate given Shakespeare’s known love of them. Some of our photos of the event follow: 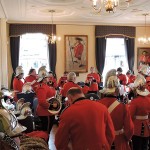 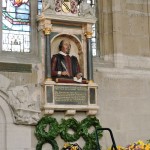 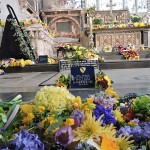 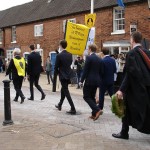 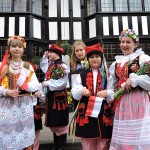 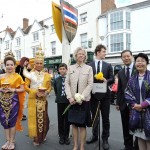 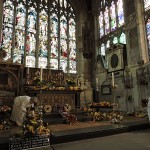 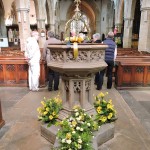 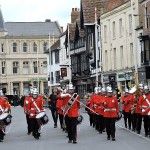 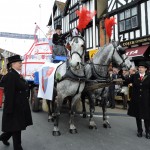 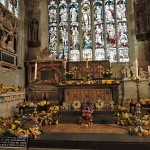 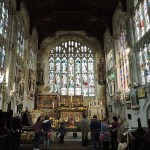 This entry was posted in Legacy, Stratford-upon-Avon and tagged Birthday Celebrations, Shakespeare's Celebrations. Bookmark the permalink.

One Response to Shakespeare’s Birthday Celebrations 2015