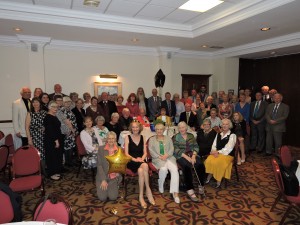 Club members at their luncheon

Saturday 7 May 2016 was a special day for Stratford-upon-Avon’s Shakespeare Club: a double celebration of Shakespeare’s Birthday/ 400th anniversary of his death, and the 192nd anniversary of the foundation of the Club in 1824. If we used the Old Style Julian calendar used when Shakespeare was living, we would almost be on the right day, but the date was actually selected in order not to clash with the extraordinarily busy Birthday weekend this year.

The Club celebrated with a luncheon, held at the Falcon Hotel where it had been founded by a small group of locals, most of them tradesmen. To begin with the Club’s modest intentions were simply to hold a “periodical meeting, and to pay an annual tribute to [Shakespeare’s] memory by a public dinner on his birth-day”. With this as its starting point, it’s perhaps strange that for many years the Club has not had a meal together, its monthly meetings instead consisting of lectures, given by visiting speakers on subjects relating to Shakespeare. One of the recurring themes in the Club’s history is that it has taken a good idea, pursued it successfully, and then been overtaken by it. The Club’s dinner has in fact morphed into the grand luncheon that his now held on the Birthday: Club members often attend, but now have no role in its organisation. 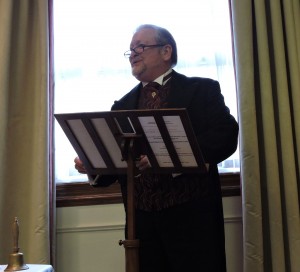 After the Club’s foundation, it was only a year before the Club became more ambitious, “with an understanding that some public and honorary exhibition should be occasionally displayed by them commemorative of their patron”. This resulted in great celebrations in 1827 and 1830, organised by, and mostly paid for, by the Club itself, and the Club was central to these annual events until well into the twentieth century.

The luncheon was, then, a reminder of the Club’s past glories as well as allowing members the opportunity to join in marking this important anniversary. After enjoying lunch, the members were treated to a series of entertainments, almost entirely delivered by the Club’s talented members. Mr Robert Lister, dressed in Victorian splendour, was the Master of Ceremonies and Toastmaster, also delivering Prospero’s valedictory speech from The Tempest. 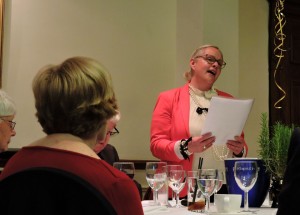 Roger Taylor and Tasha Moss sang one of Shakespeare’s songs as well as leading the singing of the National Anthem and songs including Garrick’s Warwickshire Lad, first sung in Stratford in 1769. There were readings from the Chairman of the Club, Jean Lawrance, from Jane Taylor and, most inventively, from James Stredder who impersonated the early documenter of the Club, the enigmatic, snobbish Captain James Saunders. Without Saunders we would know much less about the club and Stratford’s history in the 1820s, but he clearly thought himself above the rest of the Club’s committee, who he mercilessly poked fun at. 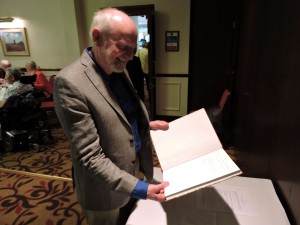 Stephen Sharp with his book

A small display of items relating to the Club’s history was put on display for members to look at, and it was delightful to see one of the Committee members, Eileen Geldard, wearing a medal from the Garrick Jubilee of 1769, when Stratfordians were first given the idea of celebrating Shakespeare. A book on the history of the Club, by Sylvia Morris and Susan Brock, is currently being prepared and information about its publication will be located in due course on the Club’s website where you will also find information about joining the Club. Looking to the future, Stephen Sharp has recently created and bound a memorial volume for the Club, in which members were encouraged to sign their names. It’s hoped that it will be used to gather inscriptions from visiting speakers, and it will eventually join the other archives of the Club.

Thanks are due to all who took part, and all those who attended, in particular to the Club’s Secretary, Susan Brock, so self-effacing that she does not even mention herself when crediting the organisers on the programme for the day. Thanks too, to Richard Morris who took the photos so that this event, unlike the dinner in 1824, is properly recorded. The question now, is will we do it all again next year? 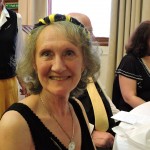 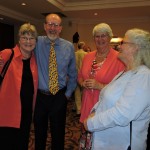 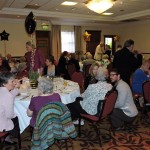 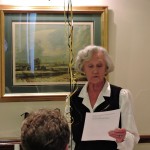 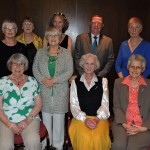 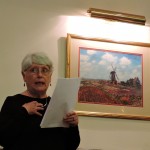