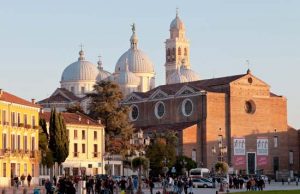 A view of Padua

Just recently we’ve been experiencing cold, grey, depressing weather in the UK and we must all be thinking longingly of long, warm days spent somewhere exotic. It’s just the time, of course, for planning a summer holiday and for the third time the organisation Shakespeare in Italy is running a residential Summer School.

No ordinary holidays, these Summer Schools are a way of spending a fortnight in a glorious location learning something new in the company of like-minded people and highly experienced theatre professionals. This is the description from the website where all the information you need is to be found:

Shakespeare in Italy seeks to enhance experience and international understanding of the works of Shakespeare and in particular appreciation of the influence of the Italian Renaissance, culture and philosophers on all his writing.
The Company aims to explore this with actors and artists through performance in the UK, Italy and beyond, as well as via a programme of education and outreach.
Shakespeare in Italy was founded by two former Royal Shakespeare Company actors, Julian Curry and Mary Chater in association with the Italian theatre manager, Sandro Pascucci. Their aim was to create opportunities to explore – through performance and workshops with people young and old – the important influence of Italian culture on Shakespeare and his writing.

The first two Summer Schools, in 2014 and 2015, took place in Urbino, but this year they go to the town of Padua, the location for The Taming of the Shrew, the place from which Dr Bellario sends his advice to Portia in The Merchant of Venice, and the home of Benedick in Much Ado About Nothing.  Petruchio describes the town as “Fair Padua, nursery of the arts”, and it was indeed the home of a renowned university: also, it seems from the evidence of The Taming of the Shrew a place where young ladies might find flirtation while supposed to be learning languages and music.

Marjorie Bland as Portia and John Nettles as Bassanio, 1978

Each year they concentrate on a handful of plays set in Italy,
to explore them in depth, and their relationship to the huge European cultural wealth that Shakespeare imaginatively drew upon. Course work will include discussions, textual and character analysis and work on scenes. This year we will be focusing on one of the great tragedies, Othello, an early Roman play, Titus Andronicus, and The Merchant of Venice.

As always, they have found some terrific actors and directors with whom the participants will work. Director Lucy Bailey will take on Titus Andronicus: she has already directed the play, as well as other Shakespeare plays including Macbeth, Timon of Athens and Julius Caesar. John Nettles is focusing on The Merchant of Venice. Although much better known for his television roles in Bergerac and Midsomer Murders he has had a distinguished career in theatre including several years with the RSC during which he played Bassanio and a second spell when he performed Leontes in The Winter’s Tale and Brutus in Julius Caesar. 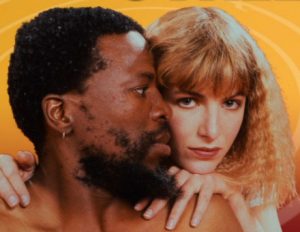 Finally Dame Janet Suzman will work on Othello, a play with which she has a particular connection. In 1987 in her native South Africa she directed the first black Othello (John Kani), opposite a white actress, Joanna Weinberg as Desdemona. She recently wrote “What I am always interested in is how the play relates to our world. Othello at that time suited apartheid South Africa like a glove”. She is sure to find twenty-first century parallels in this new investigation. Dame Janet’s Shakespeare credentials are impressive to say the least having performed many of Shakespeare’s heroines from Joan of Arc, Portia and Kate to a definitive Cleopatra.

The Summer School will run from 24 June to 8 July, and will afford an extraordinary opportunity for participants to immerse themselves in Shakespeare in Italy and to find that as Shakespeare said “Padua affords nothing but what is kind”.