Catch some Shakespeare at a cinema near you 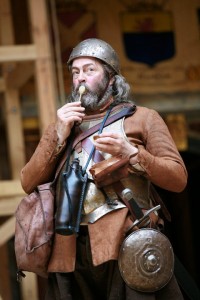 Roger Allam as Falstaff in the Globe's 2010 Henry IV production

This summer’s going to be a good time to see some great Shakespeare productions, and you might be able to catch some of them without going any further than your local cinema. The idea of screening live or recorded theatre productions has been around for a while now, but this year it seems to have really taken off with some mouth-watering events on offer.  The picture’s a little complicated because there are so many organisations involved, but certainly in the UK and USA, and in some other parts of the world, there’s a chance you’ll be able to join in.

In the United States,  NCM Fathom, Shakespeare’s Globe Theatre, London and Art Alliance Media have come together to screen a whole series of  films of stage performances which are to be shown in cinemas nationwide. Among a huge range they include the Shakespeare’s Globe London Cinema Series of the two Henry IV plays, The Merry Wives of Windsor and Henry VIII. 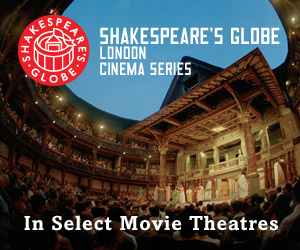 In England, the Netherlands and New Zealand the same plays are being screened, but on different dates. The details are  here

In the UK the independent cinema chain Picturehouses are running the ScreenArts Festival from 29 July to 11 August which includes three of the four same Shakespeare Globe productions as well as many ballet, opera and dance productions. All the Shakespeare offerings are based around the character of Falstaff so as well as the recordings of 2010’s Globe Henry IV plays there are screenings of Orson Welles’ great film 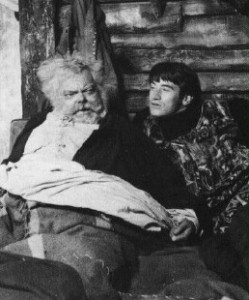 compilation Chimes at Midnight and a recording of  Verdi’s opera Falstaff from Glyndebourne.   The recordings of  the two Henry IV plays feature Roger Allam’s Olivier-award winning performance as Falstaff.

Not actually Shakespeare, but of interest to lovers of classic theatre, the Screen Arts Festival is also showing the National Theatre’s current production of Chekhov’s The Cherry Orchard in the National Theatre Live series. It’s recently been announced that one of this season’s most successful onstage hits, One Man, Two Guvnors, an adaptation of Goldoni’s classic play The Servant of Two Masters, will be screened live in September.

I wouldn’t suggest that these cinema screenings can substitute for attending a live performance, but the advantages are obvious. Even a successful production is likely to be seen by only tens of thousands, just a fraction of the potential worldwide audience using cinemas. People who live far from live theatres, who can’t travel, or who can’t afford the price of a ticket, will be able to attend the screenings and those who wouldn’t even think of going to a theatre might try going to one of them in the familiar surroundings of the local cinema. They’ll even be able to eat popcorn should they want to! Hopefully some of them will get a taste for the performances and want to experience the real thing. All sorts of wonderful things are on offer and I’m certainly looking forward to catching up with some of them, in my case without the popcorn.

6 Responses to Catch some Shakespeare at a cinema near you