Shakespeare’s Hamlet: productions for their own time 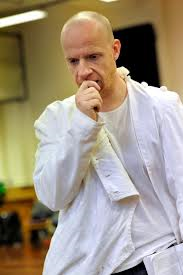 This week the actor Jonathan Slinger, who in the last 10 years has played many of Shakespeare’s leading roles including Richard III, Prospero and Macbeth, is taking on  Hamlet at the Royal Shakespeare Theatre. Any new production is always met with great anticipation. In it Shakespeare directly tackles the relationship of acting to real life, and both the play and Hamlet himself speaks to us about the here and now.
The purpose of playing … was and is, to hold, as ’twere, the
mirror up to nature; to show … the very age and body of
the time his form and pressure.

I’ve recently begun making sound recordings of people remembering Hamlets of the past, and have looked at three in particular: the 1958 production with Michael Redgrave, 1965 with David Warner, and 1980 with Michael Pennington. I’ve been wondering what these productions said about the times in which they were performed. The right actor at the right time can strike a note that resonates: the actors themselves become “the abstract and brief chronicles of the time”. 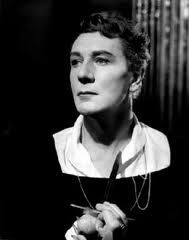 Glen Byam Shaw, one of the most brilliant of interpreters of Shakespeare, directed Michael Redgrave in the role in 1958. He had played it at the Old Vic eight years earlier, and he gave a virtuoso performance: Ken Tynan was full of praise: “No subtlety of inflexion or punctuation escapes him: at time, indeed, he seems to be giving us three different interpretations of the same line simultaneously”.

Redgrave also had tremendous physical charisma. The Sunday Express enthused “six foot three inches tall, broad and handsome as a pagan god brought up on unlimited supplies of ambrosia, Mr Michael Redgrave bestrides the English stage like a matinee idol with brains”.  Although at the height of his powers, Redgrave, aged 50,  was undeniably of the pre-war generation. He had recently starred in The Dam Busters, a popular film about the Second World War. The Sunday Times reviewer put his finger on it. “When Mr Redgrave recaptures the turmoil of youth it is the turmoil of another generation’s youth”. 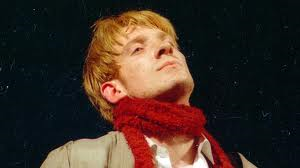 Sure enough the next two Hamlets in Stratfordwere from a younger generation. By 1961 the theatre was being run by the baby-faced Peter Hall. Hall had brought about a revolution in the Stratford theatre, and for his own 1965 Hamlet cast the relatively unknown 24-year old David Warner. Hall had already brought a political edge to the theatre, and he wanted this play to belong to the young. Warner was gawky and awkward, and wore scruffy clothes, especially his long red knitted scarf. He was the image of the discontented student, not dignified or princely, but real. The production was a massive box office success, and was repeated the following year. As well as Warner, the production featured Glenda Jackson who brought a brittle quality to the role of Ophelia, both of them vulnerable pawns in their parents’ political machinations. 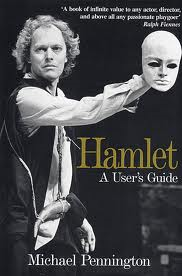 In 1980 came a different sort of Hamlet in the person of Michael Pennington. Pennington had already played Mercutio and Berowne. He was known for his intelligence, his ability to handle Shakespeare’s language, and romantic good looks. With his director John Barton, it had been decided that it was time for a sweet prince. In a visually spare production the theatre motif was used repeatedly, with a theatrical basket onstage from which costumes and props were sometimes taken, particularly a mask and cloak. The players were the fine actors that Shakespeare describes, Bruce Purchase creating a moment of complete stillness with the Hecuba speech. The connection between Pyrrhus, paralysed with indecision, and Hamlet’s situation, was obvious, and the line “Did nothing” was echoed by Hamlet. In the closet scene Gertrude half-saw the ghost, making her decision about who to side with more difficult.

Did this air of indecision and uncertainty in the production mirror the public mood?  This week’s Start the Week on Radio 4 brought together film-maker Ken Loach and James Graham, author of the hit play This House, which examines the years 1974-79. What they said made me think that perhaps it did, and that the same mood affected other RSC productions of the time. After years of political chaos, strikes and rampant inflation, the Conservative government of Margaret Thatcher was elected in 1979, promising to replace discord with harmony. Graham and Loach agreed the late 1970s were characterised by a sense of uncertainty, replaced in early 1980 by a closing down of debate about the way forward.

Hamlet reached the stage in Stratford at almost the same time as Nicholas Nickleby did the Aldwych. The production emphasised Charles Dickens’ social awareness: in the final moment Roger Rees as Nicholas picked up the crumpled figure of an abandoned boy, his defiant glare noted by some of the reviewers as a challenge to the inhumanity of the new government.

At the start of 1980 John Barton’s trilogy The Greeks was performed at the Aldwych in London, dominated by the question “Who is to blame?” In The Greeks, we could blame the gods: in Hamlet there was no easy answer. The older generation were troubled and human, just as Hamlet was, and in the real world people of all generations who had voted for a return to normality found that the country was moving towards what Loach described as “dog eat dog raw capitalism” and the privatisation of many industries. Maybe it was indeed the right time for a “sweet prince”.

PS I’ve just heard of another production of Hamlet, running this week in Cardiff. Here’s the link.

This entry was posted in Plays and Poems, Shakespeare on Stage, Stratford-upon-Avon and tagged audio recording, David Warner, Hamlet, Listening to the Audience, Michael Pennington, Michael Redgrave. Bookmark the permalink.

3 Responses to Shakespeare’s Hamlet: productions for their own time