Shakespeare festivals here, there and everywhere

It’s that time of year when at least for those of us in the northern hemisphere thoughts turn to summer Shakespeare festivals.

It’s a subject that has recently been in the mind of Hardy M Cook, the man behind SHAKSPER, the Global Electronic Shakespeare Conference.

A number of years ago he was responsible for compiling the list of summer Shakespeare festivals which appeared in the journal The Shakespeare Newsletter, which helpfully provided a list of addresses and contact details for festivals which otherwise might slip through the net of the keen Shakespeare-goer. Times have changed, and his recent idea is to use the members of the SHAKSPER list to provide no only the details of the festivals, but also to review any productions they had seen. SHAKSPER entries are already archived so these reviews will be there for anyone to check out in the future.

In only a week the page has been created and the tab is there ready for use. One of the great advantages of the internet is, as Hardy suggested in his post on 6 June, that a simple system can be set up with the minimum of fuss.

I am not proposing a formal apparatus. I am not suggesting there be reviewer selection or peer review of performance accounts. I am simply suggesting that if a SHAKSPER member attends a production this summer and wishes to do so that she send the review/account to the list as just another possible subject for discussion.

There is no need to discuss this idea, no need to establish a structure, no need to do anything other than provide a review/account of productions you see this summer. 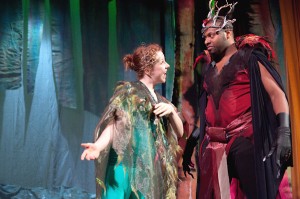 If you’d like to check out the listing, here’s the link, and information is on the site regarding how you can add your review.

Inevitably others trying to do something similar have got in touch. Colleen Kennedy has created another list including European festivals, and here’s the link to her post.

Internet Shakespeare Editions have also pointed out that it’s already possible to add your review of a production to their site. I’m particularly grateful for this information as I hadn’t realised this, called the ISE Performance Chronicle, was a feature of this important website. If you want to add your review you have to register but otherwise it’s available for anyone, and reviews submitted to SHAKSPER will be shared with it.

The ISE Performance Chronicle is a unique new platform for Shakespearean performance criticism. It provides, for the first time, a dedicated online space in which theatre practitioners, scholars, critics and members of the public can analyze and interactively discuss contemporary Shakespearean performance. The Chronicle has a dual purpose. First it aims to raise current awareness, understanding and enjoyment of the diverse ways in which Shakespeare is performed in venues around the world in the twentieth, and early twenty-first century. Second, over time, the Chronicle create a substantial and permanent database of informed criticism for future historians, scholars, actors, theatre-goers, and students of Shakespeare in performance. 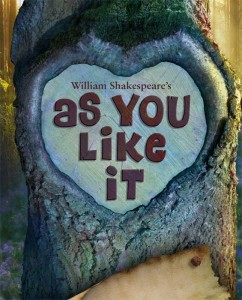 But what about UK productions? You might say these don’t need extra publicising, with Shakespeare being performed in so many major theatres, but in fact there are performances of Shakespeare happening all the time which slip off the radar. The best place to find these is on the University of Birmingham’s Touchstone site, where Current and Forthcoming Shakespeare productions in the UK are listed.

The final suggestion, made via SHAKSPER, was for an app, to be called SHAKES-where?, which would bring up suggestions for Shakespeare performances wherever in the world you and your smartphone happened to be. There are lots of examples of similar apps for different kinds of events and this could be terrific.

As regular followers of this blog will know I have my own interest in reviews of performances of Shakespeare, though my main area is Stratford-upon-Avon (not just the RSC). I’m continuing to make recordings of people’s memories of attending, being in, or contributing to Shakespeare productions from the past. Although it’s easy to film or record your impressions to post on YouTube, write your own blog, or contribute a review to SHAKSPER or the Internet Shakespeare Editions, these options were not available to audiences and practitioners in the past. I’ve already captured some memories of Hamlets in performance in Stratford from as early as the 1950s which you can find in the Listening to the Audience section of my website and there’s lots of scope for others to do the same sort of thing for themselves.

I’m looking forward to seeing how these projects continue to develop, and would welcome any thoughts about how memory projects like mine might be included or expanded.

This entry was posted in Legacy, Shakespeare on Stage, Stratford-upon-Avon and tagged festivals, Internet Shakespeare Editions, Listening to the Audeince, SHAKSPER, summer, Touchstone. Bookmark the permalink.