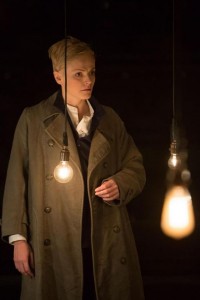 Gender issues in the performance of Shakespeare’s plays are being discussed in the press again with Maxine Peake playing Hamlet in a production at the Manchester Royal Exchange. Here is the review from the Observer by Susannah Clapp, and that of Sarah Hemming in the Financial Times.

As Susannah Clapp points out, it’s the first major female British version of Hamlet for 35 years, since Frances de la Tour’s. This is surprising, given the rich history of women playing the role, and the current near-obsession with gender, feminism in particular. In his programme note Tony Howard, the author of Women as Hamlet, Performance and Interpretation in Theatre, Film and Fiction, suggests this may be to do with the rise of the director in post-war theatre. ” Put two women in charge of theatres – Sarah Frankcom at the Royal Exchange and Josie Rourke at the Donmar – and there is a sudden burst of parts for women over 40 by cross-gender casting.”

Peake is not the only woman playing a man’s role: there are female gravediggers, a Player Queen and Polonia instead of Polonius. It’s suggested, then, that these are being played as women, rather than women in male costume. Peake’s situation is not so clear-cut. ” She is a stripling prince, almost pre-sexual, who glides, without swagger and without girlishness.”

It sounds as if it may be a rather straightforward attempt to give an outstanding female actor a great part, and the production is justified by the strength of Peake’s performance. This has been the motivation for many earlier female Hamlets, such as Sarah Bernhardt and Sarah Siddons back in 1777. And Hamlet is “the most female of all of Shakespeare’s male protagonists”. In spite of the statement above, and her blonde haircut that makes her resemble the androgynous David Bowie, the verdict of the audience is that she is playing Hamlet as a man. 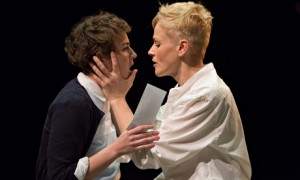 Katie West as Ophelia and Maxine Peake as Hamlet.

In another article Mark Lawson discusses the whole issue of gender in productions of Shakespeare. The all-female production of Henry IV Part 1, led by Harriet Walter, begins at the Donmar Warehouse on 3 October, running until 29 November. In some ways the questions about sexuality and gender are made simpler in single-sex companies like that Phyllida Lloyd is directing, and Edward Hall’s all-male Propeller. Although Lloyd’s production of Julius Caesar was well-directed and beautifully-acted I thought placing the whole play within the frame of a women’s prison made it a bit too easy for the audience: maybe Henry IV will be different. 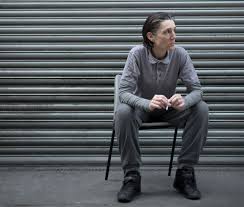 Shakespeare can be a useful lens through which to examine our own prejudices and attitudes. And as the debate about gender and sexuality continues to shift, so do the productions of Shakespeare’s plays. King Lear has been another favourite because of what one critic of Kathryn Hunter’s performance called “the androgyny of old age”. Gender reversals can be unsettling and enlightening. I’m not aware of any female Macbeths, but I think it could be really interesting. How would the audience react to a woman killer, in particular of children? We’re all aware that women are taking more active roles in the armed forces, and cases of women committing murder are far from unknown.

The Observer review and the Mark Lawson piece each generated dozens of responses demonstrating how strongly people feel about the issue. It’s not a simple choice: there are several ways of crossing the gender divide on stage, and lots of reasons for doing so. If you want to follow up the subject, Jim Bulman’s edited book Shakespeare Re-Dressed: Cross-Gender Casting in Contemporary Performance was published by Farleigh Dickinson in 2008.

Finally a last-minute plug for the discussion that’s being held on Saturday 4 October at the Royal Exchange, Manchester. From 12-1 a panel including director Sarah Frankcom and academics Tony Howard and Maggie Gale, Chair in Drama at the University of Manchester will discuss The Female Hamlet. It’s free but ticketed. Book at 0161 833 9833. The production itself runs until 25 October.