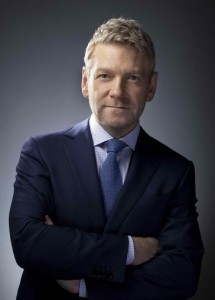 Kenneth Branagh is best known as one of his generation’s finest Shakespearean actors and directors for both stage and film, so his latest project, a sweetly traditional film of the fairy tale Cinderella, comes as something of a surprise. It boasts some of our top female actors with Cate Blanchett playing the evil godmother and Helena Bonham Carter the Fairy Godmother, and it’s already yet another success for Branagh.

This piece contains a recent video interview with Branagh in which he discusses Shakespeare as well as the world of fairy tales. If there is one thing that characterises Branagh’s career, it’s the diversity of work he takes on. 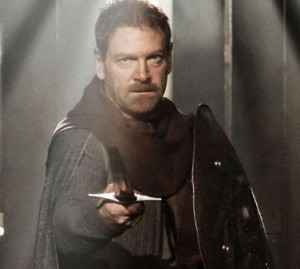 Cinderella is a long way from Branagh’s last big success onstage, Macbeth, produced in Manchester and screened by NT Live in 2013. As well as starring in the production it was co-directed by him with Rob Ashford. Michael Billington, in his Guardian review, wrote that it “reminds us what an intemperately exciting Shakespearean actor he is”. Dominic Cavendish wrote that he “shows us the vestigial civilisation beneath the martial exterior. He is first full of amicable disbelief, paces alone in breathless cogitation, falters before the act of betrayal – here bloodily shown on the altar itself, snuffing out surrounding candles – and becomes more unhinged and volatile as events are set in unstoppable motion.”

The thrillingly atmospheric production transferred to New York in Branagh’s rather overdue US stage debut. Now there are rumours that he will team up with Martin Scorsese to make a film of the play based on this production. Branagh has said agreement is close: “The fingers are hovering above pieces of paper. Everyone wants to do it; it’s just a question of schedule. I’m very, very hopeful it’s going to happen.” If those pages are signed the film will be a big event whenever it happens. 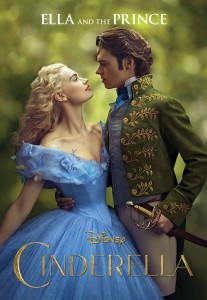 Branagh’s next stage project is a trilogy of plays later in 2015 at the Garrick Theatre in London. The season will include Romeo and Juliet, starring Richard Madden and Lily James (the prince and Cinders in Cinderella), followed by The Entertainer  written by John Osborne in 1957 in which Branagh will take the famous role of aging vaudeville performer Archie Rice, written for Laurence Olivier, and The Winter’s Tale. Ever since his first RSC season Branagh has been compared with Olivier, and even played him in the film My Week with Marilyn. Branagh will direct both Shakespeares.

This piece in the Telegraph describes how:
Branagh wants to combine his love for Shakespeare with his newly-found affection for fairy tales. “Until now I hadn’t thought about making a fairytale as a movie but now I realise I am being drawn to them. So a Shakespeare play that I have been interested in working on for a long time is The Winter’s Tale which I see very much as a fairytale. Later on this year we will do The Winter’s Tale on stage in London and in terms of films, it’s always in my thoughts.” 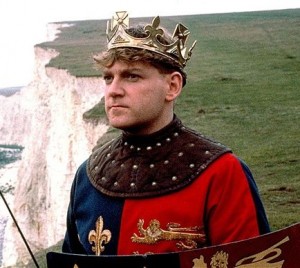 Kenneth Branagh in the film of Henry V

It’s hard to imagine a more varied career than Branagh’s, first acting in modern plays and Shakespeare onstage, at 23 the youngest Henry V who has ever performed in Stratford. After the RSC he ran his own theatre company, Renaissance, for whom he also performed, inviting distinguished actors such as Derek Jacobi and Judi Dench to direct Shakespeare for him. Many people have been introduced to Shakespeare by Branagh’s films, beginning with Henry V, followed by Much Ado About Nothing, Othello, Hamlet, Love’s Labour’s Lost and As You Like It. His stage production of Twelfth Night was later adapted for television. His TV and film credits are too many to mention, and he was knighted in 2012.

In Stratford it’s just been announced that Kenneth Branagh is to lead the town’s celebrations of Shakespeare’s birthday, receiving the Pragnell Shakespeare Birthday Award during the luncheon on Saturday 25 April.  The award has been presented every year since 1990, when the great actress Dame Peggy Ashcroft was the first recipient. It is sponsored by Pragnell Jewellers of Stratford-upon-Avon, and is made to someone who has made an outstanding contribution to Shakespeare studies or on the stage. Others who have received it include director Peter Brook, actors Judi Dench and Simon Russell Beale, academic Professor Stanley Wells and reviewer Michael Billington. In the Stratford-upon-Avon Herald’s report, Branagh said “I am honoured to be this year’s recipient of the distinguished Pragnell Shakespeare award. To be in the company of such illustrious predecessors is both touching and meaningful. I look forward very much to returning to Stratford, a town I love”.

Branagh’s presence is sure to generate excitement about the Celebrations, not just for those who know him from his Shakespeare work. Will there be large numbers of small girls dreaming of becoming a princess among the crowds of onlookers?