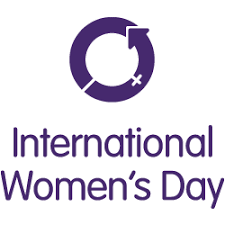 On 8 March 2018 International Women’s Day is being celebrated around the world. This year seems particularly special as we mark the centenary of women’s suffrage in the UK. And the treatment of women in the world of entertainment and the arts has never been more controversial than it is at the moment.

Now in its 8th year, the Women of the World Festival is being held at the South Bank Centre in London from 7 to 11 March. This Festival celebrates women and girls, their achievements and the obstacles that prevent them achieving their potential.

Around the world, individuals and communities are insisting on the simple proposition that women and girls must have equal rights and asking the question: why is gender equality taking so long?

Southbank Centre’s WOW – Women of the World festival is a global network of festivals which provides a platform for celebrating what has been achieved, and exploring all the ways we can change the world for the better. 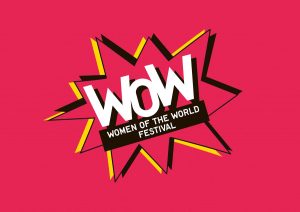 Women of the World logo

As part of the Festival, Women in the Creative Industries Day took place on 7 March. It might be thought that Shakespeare, a man who wrote exclusively for an all-male acting profession, would be excluded from the celebrations. In fact many of the women who received awards have connections with Shakespeare, and demand a change in the gender balance when it comes to his plays.  The shortlist for the awards is given here, and includes Glenda Jackson who took the role of King Lear in 2017.

The awards themselves were set up in 2016 by Southbank Centre Artistic Director Jude Kelly, a woman who has a strong history of working with Shakespeare herself. They “recognise significant achievements by women in the arts and other creative industries, and celebrate those helping to progress equality within those industries”. In May Kelly leaves the Southbank Centre in order to work full time on the Women of the World festival. 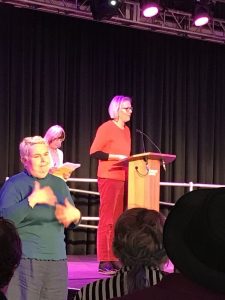 One of the most significant awards was to Phyllida Lloyd and her team at the Donmar Warehouse Theatre for their all-female Shakespeare trilogy of Julius Caesar, Henry IV and The Tempest. I wrote about these productions here and here. In her acceptance speech, she commented on the importance of theatre: ‘If you believe that how you do your work is as influential as the work you do, then a theatre rehearsal room is the perfect place to model social change’. Not for the first time, she took the opportunity to call for equality in the theatre: ‘I’d like to call on Nicholas Serota and the Arts Council to only fund companies that reflect the world around them. There must be 50:50 men and women on stage and behind the scenes, and equal pay for equal work’.

A Lifetime Achievement Award was granted to Mona Hammond who has championed black British actors with the company Talawa Arts which she founded in 1986. The company has always staged a variety of work including new Black British writing and African classics. Remarkably, again, Shakespeare is so central to our shared cultural history that his plays remain a key part of the company’s work.