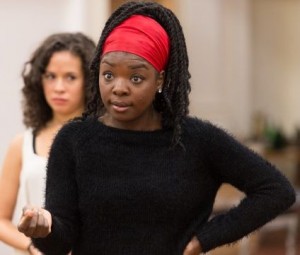 The Royal Shakespeare Company’s new production of Antony and Cleopatra will, for the first time in its history, feature a black actress, Joaquina Kalukango, as Cleopatra. It’s a co-production between the RSC, the Public Theatre, New York and Gablestage, Miami, with a cast drawn from both the US and UK, to be performed in all three venues.

The production is described as “a stripped down, radical new version of Shakespeare’s gripping story of romance set against a world of imperial politics and power play and transports us to 18th century, sun-soaked Saint-Domingue on the eve of revolution”.

Cross-casting in the theatre has received a lot of attention in recent months. The Caribbean island setting, at a time when slavery was at its height, will almost certainly resonate more in New York and Florida than in Stratford-upon-Avon. The issue of race will not be simple, however, with Enobarbus as well as Cleopatra and Charmian being played by black actors, and the RSC’s website includes an explanation of the complicated racial make-up of Saint-Domingue that will help to make the relevance of the setting clear.

The story of the fight for independence in what is now the republic of Haiti is certainly appropriate for Black History Month, but Shakespeare’s play isn’t really about race. Shakespeare knew that the historic Cleopatra was a member of the Ptolemaic dynasty, originating in Greece, describing her as “Queen of Ptolemy”, and although she is exotic, her colour is not significant. 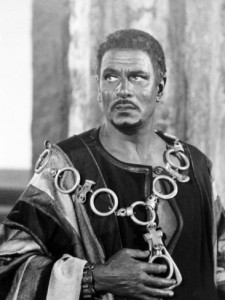 Shakespeare’s greatest black character is Othello, and Dr Carol Rutter and Dr Tony Howard have now posted a video talking about the part played by race in the National Theatre’s four productions of Othello from Olivier to Adrian Lester. The first production emphasised Othello’s “otherness”, but Adrian Lester reveals in the video that he had asked the director not to make Othello isolated on stage. Carol Rutter’s opinion is that the play is “beyond race”, and that the commercialisation of slavery has skewed responses to the play for the last couple of hundred years. Lester comments that Othello is “not a representation of blackness – he’s Othello”.

In an article relating to a (now-closed) exhibition, Dr Miranda Kaufmann suggests that  the number of Africans who were living in Europe in Shakespeare’s time has been understimated.  She found “the greatest revelation is that not all Africans in Renaissance Europe were enslaved. As slavery was not for life, or hereditary, there were growing numbers of free Africans or people of African descent.”. 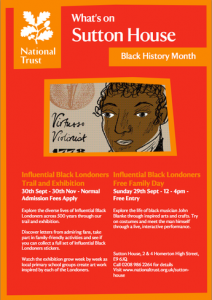 Kaufmann is an expert on the history of Africans in Early Modern England. For Black History Month she has contributed to an exhibition at Sutton House in Hackney on influential black Londoners which is open until the end of November. Her blog contains many interesting posts on the Elizabethan and Jacobean period: I particularly enjoyed the one about the black servant who features in a portrait of Anne of Denmark, wife to James 1.

She has several talks coming up soon, including one at the School of Oriental and African Studies on Tuesday 29 October on The Image and Reality of Black Africans in Renaissance England, and on 8 November at the Centre for Urban History, University of Leicester on Africans in Urban Britain 1500-1640. More information is to be found here.