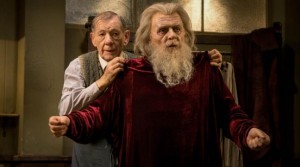 Ian McKellen and Anthony Hopkins in The Dresser

On Saturday 31 October 2015  the BBC screened a new adaptation of Ronald Harwood’s play The Dresser, famously made into a film. It tells the story of one fateful night in a provincial repertory theatre during World War 2, and was inspired by Harwood’s experience working with Sir Donald Wolfit. In the play “Sir” is performing King Lear, and the play explores many parallels between real life and Shakespeare’s play, in particular the relationship between the two men where the dresser of the title, Norman, supports but also criticises his employer as the Fool does for Lear.  The new TV version stars two of our great actors, Anthony Hopkins as “Sir” and Ian McKellen as Norman, with a distinguished supporting cast that includes another senior stage actor, Edward Fox playing Thornton (the Fool).

What goes on onstage in The Dresser is much less interesting than the backstage drama, and this great play about the theatre kicks off a celebration of Britain’s “incredible theatre talent” that will take place across the BBC during the month of November. The programmes are already in full swing.

On Sunday evening 2 November BBC 4 hosts an evening of theatre, with first of all Derek Jacobi’s documentary about the eighteenth-century actor and writer David Garrick who “reinvented acting for the modern era and fashioned the cult of celebrity as we know it today”, followed by Ronald Harwood in conversation with Richard Eyre who directed The Dresser, and an hour-long programme (the first of 2) entitled Knights of Classic Drama at the BBC, a montage of archive footage of some of Britain’s most acclaimed actors including many who have distinguished themselves by acting in Shakespeare on stage such as Ben Kingsley, Michael Gambon, Derek Jacobi and Ian McKellen.

During the month there is far more being broadcast than I can explore in this blog, so do take a look at the BBC website that contains masses of information about programmes that cover a really wide range of theatre-related material. Some of these haven’t got timings attached to them yet , but here are some of the programmes with potential Shakespeare links, 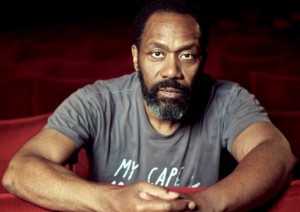 Lenny Henry is presenting a 10-part Radio 4 documentary series on the history of black British theatre and screen. Raising the Bar: 100 Years of Black British Theatre and Screen, Lenny Henry says: “I wanted to make a series which tells the history and struggle of black British creativity, which looks at the diaspora contribution to the UK’s cultural scene, predating the arrival of the Windrush generation, and which elicits passion, excitement and perhaps even anger amongst listeners due to some of our heroes remaining unsung. It will include material on the nineteenth-century black Shakespearean actor Ira Aldridge who famously played Othello and Aaron in Titus Andronicus as well as roles such as King Lear for which he had to “white up”.

On 20 November on BBC 2 there will be an Artsnight special in which Josie Rourke, Artistic Director of the Donmar Warehouse, will ask Does Art Mirror Life? This will also examine the issue of colour-blind casting.

On BBC4, on a date yet to be announced, Sue MacGregor talks to RSC artistic director Greg Doran and award-winning actor Sir Antony Sher about their shared passion for Shakespeare, as well as their unique professional and personal partnership. 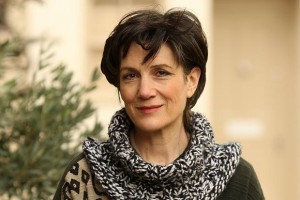 Radio 3 will be looking at Asian Theatre in Britain on 22 November, and will be hosting a Drama Season curated by Dame Harriet Walter. Three new productions will be broadcast: Pinter’s Ashes To Ashes/A Kind of Alaska, Dinner by Moira Buffini and A Human Being Died That Night by Nicholas Wright. Walter herself stars in the first two of these.

There are also opportunities to join in: on 21 November the public will be invited behind the scenes of theatres around the country to experience the magic of the stage, Details will be on the BBC’s Get Creative website. BBC iWonder will be publishing two online guides celebrating British actors onstage, and there’s a tantalising note that BBC Arts Online will “capture Trevor Nunn’s brilliant adaptation of Ben Jonson’s Volpone from Stratford as co-commissioned by The Space. I don’t know quite what this means but I was told that the production had been filmed while in Stratford, but not for cinema screening, so hopefully this means this tremendously enjoyable show is to be available for viewing online. Keep watching the BBC website for further details.