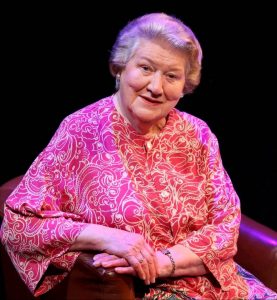 At the beginning of 2017 the New Year’s Honours List was published in which the great and the good were recognised for their services. Following the successful 2016 Rio Olympics it was inevitable that many of those honoured would be sportspeople such as the runner Mo Farah, but theatre and drama, including Shakespeare, were not forgotten.

The recipients who got the most media attention were those best known to television audiences, Mark Rylance and Patricia Routledge, who receive a Knighthood and a Damehood respectively. Rylance’s work, particularly at Shakespeare’s Globe, is very well known. Patricia Routledge’s interview in which she stated how thrilled she was to be recognised for her stage, rather than her TV work, was broadcast repeatedly. Shakespeare fans may remember her as Queen Margaret in the 1984 production of Richard III for the Royal Shakespeare Company which starred Tony Sher. She has continued to act on stage even though now well into her 80s.

Other Shakespeare-related honours included an OBE for Helen McCrory who has played many Shakespeare roles on stage, and one for Tim Pigott-Smith who has worked with the RSC many times, and has the rare distinction for an actor of also having been educated at Shakespeare’s School. There was also a CBE for Rupert Goold, Artistic Director of the Almeida Theatre and an Associate Director of the RSC. 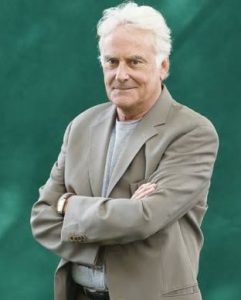 I’m saving, though, the best till last, and it’s an honour that I haven’t heard reported anywhere this week. Sir Richard Eyre has been made a Companion of Honour, granted as a reward for outstanding achievements and conferred to only a very limited number of people (only 65 at any one time). It’s a great recognition for a lifetime’s devotion to the performing arts including drama, opera, television and film work. Richard Eyre is best known for being Artistic Director of the National Theatre from 1987 to 1997. At the National Theatre he directed the famous production of Richard III starring Ian McKellen, set in 1930s Germany, and that of King Lear starring Ian Holm. Longer ago, he directed a well-known production of Hamlet at the Royal Court Theatre that starred Jonathan Pryce and another starring Ian Charleson. More recently, and on TV, he directed Henry IV, Part 1 and Part 2 as part of The Hollow Crown series that was screened by the BBC in 2012.

Quite by chance, Sir Richard Eyre is the President of Stratford-upon-Avon’s Shakespeare Club for the 2016-2017 season and I’m delighted to be able to say that he is giving his presidential address on the subject of “Shakespeareana” to the Club on Tuesday 10 January 2017 at the Shakespeare Institute, at 7.45pm. Visitors are very welcome for £3, students will be admitted free, and after the meeting refreshments will be served. It promises to be a wonderful evening. More details at www.stratfordshakespeareclub.org