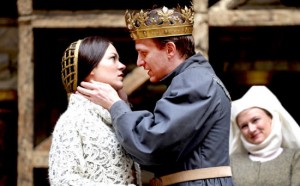 One of the most delightful results of writing this blog is receiving responses from people who are using Shakespeare creatively to build a project of their own. I’m always happy to share these projects with other readers. Here are some of the most recent links I’ve received: they are a really mixed bag, including items relating to several different plays by Shakespeare, and to Shakespeare’s life itself. There are websites, books, events and even an online game. There’s something here for everyone and I hope you will enjoy following them up!

I’d like to begin with one which, if anyone is to attend, you need to get your skates on: as part of Globe on Screen the Tricycle Theatre in North London is screening Henry V at 17.30 on Sunday 9 June, to be followed by a Q&A with Globe Director Dominic Dromgoole, Jamie Parker who plays Henry, and Brid Brennan, the Chorus. Should be a great evening!

Next, a couple of books: 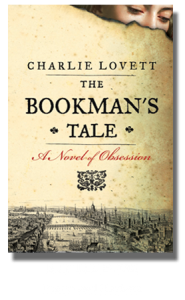 Just published is a new book by Charlie Lovett, The Bookman’s Tale. This novel follows an antiquarian bookseller in Hay-on-Wye as he is faced with the possible discovery of Shakespearean forgeries, and the crime and family feuding that unfurls as a result. The bookseller follows the trail first back to the Victorian period and later back to Shakespeare’s own time in what sounds like a fascinating read.

A new book by Joseph Pearce examines Shakespeare’s Romeo and Juliet in Shakespeare on Love. It looks at the play through the teachings of the Catholic Church on sexual desire. Kevin Wandra, who has send me this information explains: “According to Pearce, the play is not a paean to romance but a cautionary tale about the naïveté and folly of youthful infatuation and the disastrous consequences of poor parenting. The well-known characters and their oft-quoted lines are rich in symbolic meaning that points us in the direction of the age-old wisdom of the Church.” 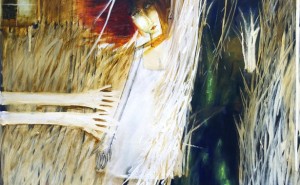 One of John Lendis’s paintings of Ophelia

The next one is an art exhibition, on for another few weeks, on a favourite Shakespearean subject.’Brook’ is a series of oil paintings from British-Tasmanian artist John Lendis that has been inspired by Shakespeare’s Ophelia – her story, and her depiction throughout art history – as well as the Pre-Raphelites and local landscapes from around the Cotswolds. John is an international artist with a fantastic career in Australia and a strong following throughout Gloucestershire. The exhibition will be on until 6 July at the Celia Lendis Galleries in Moreton-in Marsh.

Another exhibition, though online, is the Shakespeare Birthplace Trust’s project on Shakespeare and music. It’s now received a full launch. You’ll find lots of articles to read, clips to listen to, images from SBT’s collections and links to other sites.

A project that’s still in the making which you might like to get involved with is David Vaipan’s experimental feature-length adaptation of James Joyce’s Ulysses, Shakespeare’s Hamlet, Homer’s Odyssey [&c.] titled You (Plural). You can watch the first ten minutes of the movie and additional clips at the Kickstarter link here.  And a number of exclusive clips with short descriptions, embed codes, and pictures and movie stills are here.

Another Shakespeare blogger, Grace Tiffany, writes a monthly post about Shakespeare in the news, and includes a page containing useful links for teachers. Her blog contains some great stuff. 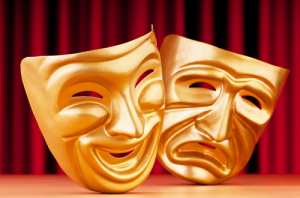 Finally, this link is to a kind of site I’ve not come across before.  Daggerville Games are a murder mystery company in York, UK, who have made an online game out of Hamlet. Apparently one teacher in the US has already applied to use the game with her students. Each of eight participants are assigned a character with a part. They then play through the scenario leading to the solution of the mystery, and the game lasts between 60 and 90 minutes. Daggerville are very interested in involving UK schools so do get in touch through their website if you’d like to take part.