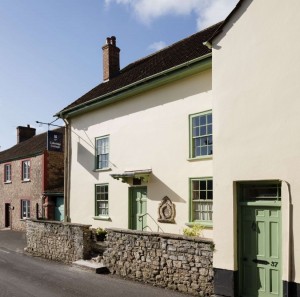 21 October is the anniversary of Samuel Taylor Coleridge’s birth in 1772. Born in Devon, he spent much of his life in the West Country including the little village of Nether Stowey where the cottage he lived in can still be visited. While living there, he wrote some of his best-known poetry, including The Rime of the Ancient Mariner and Kubla Khan. He lived a fairly nomadic existence, travelling to Germany, and spending time in the Lake District where he undertook some early mountaineering and could be close to Wordsworth, with whom he wrote Lyrical Ballads. He spent his last years in Highgate in London, where he died in 1834. 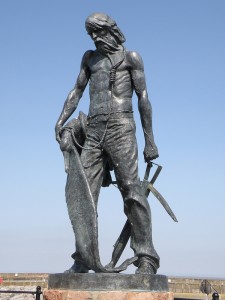 The statue of the Ancient Mariner in Watchet

For most of his life he suffered from ill-health and was addicted to opium, probably contributing to the fabulously imaginative quality of Kubla Khan. There’s a tribute to Coleridge and his poetry at the harbour in the Somerset town of Watchet, which could have inspired scenes in The Rime of the Ancient Mariner. The magnificent seven foot-high statue of the Mariner was created by Alan B Herriot and unveiled in 2003 and it catches the haunted expression and gaunt body of the Mariner, compelled to tell his awful story, the dead albatross hanging round his neck.

Coleridge is less well-known for his published prose works Biographia Literaria and Literary Remains, both aimed at a more serious audience than his poetry. These works made him admired as a critic, but his thoughts on Shakespeare, mostly delivered as lectures, were never gathered together during his lifetime. Coleridge was aware of the requirements of a number of different audiences for his varying literary output: he writes of the need to keep his audience at a lecture entertained. Fortunately many sources still exist: lecture notes, newspaper reports, notes taken by members of the audience, mentions in letters. Editing these fragments has been a challenging job ever since.

The lectures took place between about 1808 and 1819, and as well as Shakespeare he spoke on a variety of philosophical and literary subjects. Talking of Shakespeare, though, he focused on a handful of plays: Hamlet, The Tempest, Richard II, Othello, Romeo and Juliet, Love’s Labour’s Lost and Macbeth, and with the narrative poems. He admired King Lear and Antony and Cleopatra, but hated Measure for Measure:
“This Play, which is Shakespeare’s throughout, is to me the most painful, say rather the only painful part of his genuine works. The comic and tragic parts… the one disgusting, the other horrible; and the pardon and marriage of Angelo not merely baffles the strong indignant claim of Justice (for cruelty, with lust and damnable Baseness, cannot be forgiven, because we cannot conceive them as being morally repented of) but it is likewise degrading to the character of Woman.”

He took a surprisingly modern view of the need to put Shakespeare into historical context: “so as to see and be able to prove what of Shakespeare belonged to his Age and was common to all the first-rate men”, and often compared Shakespeare to other writers such as Spenser and Milton.

He’s extraordinarily observant about how Shakespeare works as a dramatic writer. “In his mode of drawing characters… from the whole course of the play, or out of the mouths of his enemies of friends.” He takes Polonius as an example “which actors have often misrepresented: Shakespeare never intended to represent him as a buffoon. It was natural that Hamlet, a young man of genius and fire, detesting formality,…should express .himself satirically; but Hamlet’s words should not be taken as Shakespeare’s conception of him. In Polonius a certain induration of character arose from long habits of business; but take his advice to Laertes, the reverence of his memory by Ophelia, and we shall find that he was a statesman”.  On The Characteristic  Excellencies of Shakespeare’s Plays, 1813. 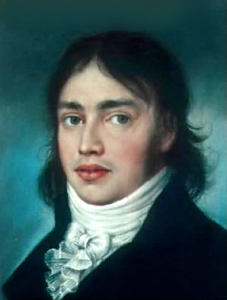 While Shakespeare’s plays had been plundered for the stage, being rewritten, cut, added to, endlessly adapted, Coleridge returned to a close study of Shakespeare’s works as poetry, the work of the imagination, that “reveals itself in the balance or reconcilement of opposite or discordant qualities: of sameness, with difference; of the general with the concrete, the idea with the image; the individual with the representative; the sense of novelty and freshness with old and familiar objects”.

Rather than finding fault with Shakespeare for his wildness or lack of attention to the classical unities, Coleridge suggested Shakespeare’s plays had their own “organic regularity” an idea expressed by Wordsworth who wrote that Shakespeare’s plays “constitute a unity of their own, and contribute all to one great end”.

For Coleridge “The Shakespearean drama appealed to the Imagination rather than the senses.. and …the poet…acquires the right and privilege of using time and space…obedient only to the laws which the imagination acts by”. The Tempest is “a species of drama…in which errors in chronology and geography, nor mortal sins in any species, are venial, or count for nothing”.

Although Coleridge was often profoundly serious, he had a nice line in self-mockery, including the reported sentence: “I have a smack of Hamlet myself, if I may say so”. Perhaps he hoped to be seen as a man of “genius and fire, despising formality”. In Wordsworth’s opinion, he was  “the most wonderful man he had ever known”, with an original, inquiring spirit and a unique voice.

This entry was posted in Legacy and tagged Nether Stowey, Samuel Taylor Coleridge, The Rime of the Ancient Mariner, Watchet, Wordsworth. Bookmark the permalink.

One Response to Samuel Taylor Coleridge and Shakespeare